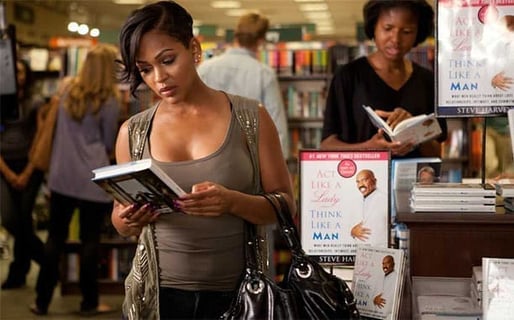 Despite the best-selling book that prompts women to think like men, I beg to differ. Newsflash people! Men and women are biologically different. Even our brain physiology is different.

I know, some people hate when I say that. In these liberal times, suggesting that women are different has become politically incorrect.

But we are different.

When feminism did its important early work of integrating women into the workplace, women had little choice but to adopt male patterns of behavior. It was a male ordered workplace. (Although today, companies who have women on their boards of directors are more profitable.)

But in our love lives, adopting a male model of anything goes contrary to female biology. While some women are able to separate sex from emotions, like men are more able to do, most women get hurt.

In fact, the more sexual partners a woman has had, the more likely she is to be on an antidepressant! Women are wired to bond. Female orgasm produces giant gushes of the bonding hormone oxytocin, the same chemical that new mothers are exposed to when breast-feeding.

“If you think giving up the boots is the

way to his heart, you are dead wrong.”

I have been called an “evolutionary feminist” and encourage women to think (and feel!) like women. That means recognizing your emotional needs, clearly expressing them, and moving away from people who make you feel bad for being a woman.

On the other hand, though we shouldn’t think like a man, it’s our duty to understand how men think.

One man recently told me, “Most men are predators to women but you can also blame women for falling for their game.” While I want to make it clear that I completely disagree with his sentiment, and I told him so, there is a little jewel of wisdom in his thought.

Men are wonderful, awe-inspiring creatures but a basic biological fact (though a politically correct one) is that men want sex more than women.

Indeed, women may like sex just as much, but women’s sexuality is more linked to a particular male partner than to a daily or weekly quota of sex with almost anyone.

Now before you write that angry email saying you’re a wife who likes sex more than her husband, or you’re the man who prefers cuddling to sex, I’ll just say that there are always anomalies. But, in general, single men will do and say plenty of misleading things in order to obtain sex.

It’s our fault for not understanding men’s thought patterns.

In Dr. Dory Hollander’s book “101 Lies Men Tell Women,” the number one lie is “I love you” in order to obtain sex.

And the last thing you need to know about how men think is this: Men may crave sex but they do not fall in love through sex. If you think giving up the boots is the way to his heart, you are dead wrong.

Men fall in love when they sense a woman is loyal, honest, healthy and trustworthy. Having sex too early shows him none of this. That’s how men think.