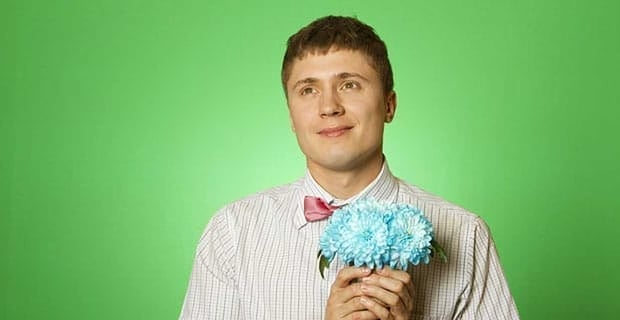 You’re a lady. A lady doesn’t initiate relationships, ask guys out or move in for the first kiss. But, what if the guy you have your eye on is shy to the bone and just can’t pick up on any of your signals?

You can tell by his smile and admiring gaze he’s into you, but is there anything short of an electric cattle prod that will get him to bust a move?

There could be a lot of explanations for his lack of action. Maybe his experience with women is limited, and he doesn’t know what to do and has no clue where the lines of appropriate behavior are drawn. Maybe he is coming out of a bad experience or was dumped from a relationship he hasn’t gotten over yet. Maybe he is just paralyzed by your stunning beauty and is afraid he will embarrass himself at the moment of truth.

Find the cause, and you will have a good shot at getting to the next level.

Is it worth the effort?

There are good reasons for pursuing the situation if your intuition tells you this guy is worth it. First of all, you’ll have a lot less competition, as there will be few women who are willing to get into this type of dating game. A lot of women would rather just shake their heads and call him a dud or a loser. Also, you might be able to groom this one to be just the man you’re looking for. He’s a blank slate, and you can mold him.

And don’t forget, they say still water runs deep. He might be a sensitive man who will take the time to understand you and your needs. He may be filled with passion he can express very well physically once the ice has been broken. He may be an artist, a poet and a lover.

you reverse roles for a while.”

Where do you begin?

For some men, relationships start with a sensation in the groin area. For the shy guy, it starts with his heart and his head. He already likes you, so find a way to get a good one-on-one conversation going. Then interview him and get some answers.

His shyness will probably bring out boldness and strength in you, even if you tend to be bashful around bad boys and superheroes. Be straightforward, honest and inquisitive.

Try to keep the pressure low and the comfort factor high. If he is suspicious of all the questions, you might just have to tell him it’s because you like him and want to find out more about him. Once you get him talking, there are no limits. You can ask about his experience with love and sex, but be prepared for him to bounce the same questions right back at you. Get all the information you can.

By now you’ve talked and laughed together many times. His kisses send you reeling, but he’s barely made it to second base and seems to be completely unaware of the existence of third. What’s a warm-blooded girl to do? You certainly don’t want to seem like a tramp.

There aren’t too many possible reasons for this behavior. If he’s over 15 and not a home-schooled preacher’s kid, there’s probably just one more possibility — he’s afraid he’ll lose control when he’s alone with you. Find out. Make a slow move for his belt buckle and see if he resists.

Let him know that whatever happens, it’s OK. Chances are, 20 minutes later he’ll be a new man with the staying power of a Greek god. If not, you might just have to insist that he practices several times a week at your place. Everybody has to start somewhere.

Sometimes life demands that you reverse roles for a while. A woman can lead a major corporation or a nation, so it is well within her ability to take the lead in a relationship. Just don’t forget to give him back the pants, or at least share them, when he’s ready.

Getting Beyond the First Date

6 Ways to Prepare for a First Date