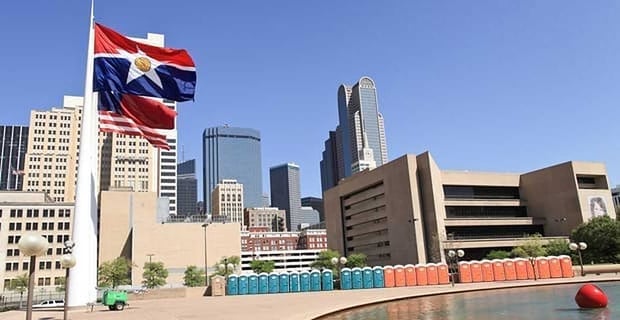 Can’t seem to find any eligible bachelors in your town? Bet you aren’t blaming your city on that, but you should be! Some places just aren’t cut out for singles and the dating scene. They may be made up of families or retirees, neither of which will land you a date.

If this sounds all too familiar, you may want to reconsider where you work and where you play so you can get on the fast track to finding a mate.

Here are a few cities that boast well for single women:

While women slightly outnumber men in this city (52 percent to 48), exactly one-third of the population is single. The cost of living here is lower than that of New York, D.C. and even Seattle. And the job front doesn’t look so bad either.

This town is full of 20-somethings, and with nearby colleges such as Harvard, you may even find a dude with brains.

So you’re not too fond of rodeos and line dancing? Well, how about this little fact: As recently as 2007, there were 40,000 more single men than women here.

Ladies, this is a great town to saddle up and settle down with a man. And there’s more than just rednecks here. Let a southern gentlemen show you a little chivalry.

The living here is cheap, roughly half the price you’ll pay in New York City. And the guys here aren’t dumb, with both the University of Pittsburgh and Carnegie Mellon. You’re almost guaranteed to find Mr. Smartypants.

Plus, the nearby City of Brotherly Love, Philadelphia, was also rated as one of the top 10 cities to meet a man.

Ladies, if you’re not too keen on taking on the role as breadwinner, avoid these cities, where single, childless women are greatly out-earning men: Atlanta, Memphis, New York City, Sacramento and San Diego, to name a few.

Instead, head toward Portland, where men age 25 and older earn about 33 percent more than women.

Why Hasn’t He Proposed?

Why the Word “No” is So Sexy

How to Know You Can Trust Him

How to Strut Your Sexiest Body Part

5 Dating Tips for the Coronavirus Pandemic