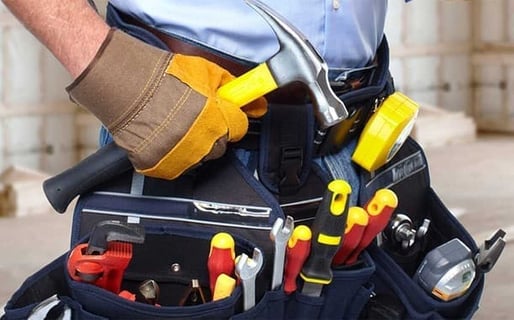 He contributed half of the DNA and character-building for the man you love, so your boyfriend’s dad is probably a pretty cool dude. With Father’s Day right around the corner, you might want to honor him with a gift that will both show your appreciation and maybe even endear you to him a little more, too. Don’t know what to get him? Here are some ideas that he is bound to like.

It may seem a little cliche, but most men really do enjoy having a bottle of something special around the house. The trick is to personalize it or make it something beyond the ordinary. Men are rational and frugal beings, so they tend to pass by the good stuff and grab a bottle from the bottom shelf, just to have it around in case company drops by. Get something from the top shelf and add something personal that will still be there when the bottle is empty.

If he likes whiskey, get him a boxed decorative bottle of Jack Daniel’s, Maker’s Mark or Dewar’s that he can use as a decanter afterwards. If he likes scotch, get the 18-year-old Chivas Regal instead of the 12 year, or give him the Johnny Walker Black Label instead of the Red. Gin, rum, bourbon, vodka — they all have special brands that stand head and shoulders above the rest. Get him a crystal lowball glass, shot glass or a nice pour spout to go with it.

If he’s a beer-only guy, don’t get him a six pack of Bud. That would be like getting a gallon of milk or tub of margarine as a gift. It’s going to be there anyway, so it won’t stand out as something special. But be careful too about fancy imports. He might buy American only, or his tastes might be all-American. Many foreign labels can be very bitter by comparison.

If you want to get him a foreign brand, try pegging it to your heritage. Get him Corona if you have some Mexican blood, San Miguel if you have family that hails from the Philippines, or Killian’s Red if you have a wee bit of the Irish in ya. These are all very compatible with the American palate and will give him a reason to enjoy and share a part of your heritage. Get him two nice mugs (you don’t want him to drink alone, do you?) that he can keep in the freezer for a frosty brew any time. Don’t get him one of those two-liter mug-strosities, just something nice and normal.

Wine and a nice set of wine glasses would be great too, but you’re on your own there!

Men like any kind of pocket item or other accessory that has a little heft as well as some kind of useful function. A nice keychain, money clip or pocket knife is something he is likely to carry with him all the time. He probably hasn’t had a pocket knife since he was a kid, and it might bring back good feelings of a special time in his life. One with a screwdriver and corkscrew might be especially appreciated. Just remind him not to take it to the airport or government buildings.

Leather goods, belt buckles and a pocket-sized or small tool set for his office drawer will also impress him. These are all things men enjoy but would never buy for themselves.

If you’re working and have a higher budget for gifts, consider a small portable radio that gets TV audio from local stations or an MP3 player loaded with music he likes. Satellite radio for his car will get him all the talk, oldies and jazz he can handle, and it could be as easy as buying a subscription through the OnStar service he already has. Or a hand-held GPS device or navigation app for his phone might be just the thing to bring him into the 21st century in that old Buick he loves to drive. A digital camera, headphones or even a universal remote control might be something he would love.

How about a nice travel bag if he’s on the go a lot or a leather briefcase to replace that tattered piece of junk he carries? A CD Beatles collection — or Fleetwood Mac, Aerosmith, or whoever he loved from his generation — could be a great gift, too. A box of nice golf balls or tennis balls is far from a cheap gift today, and it’s something that he can really use, too.

Tickets to a ballgame for him and his son, a gift certificate to take his wife out to dinner, or a gift card from the Home Depot will also impress and be appreciated.

Just remember that men like things they can use more than things that will collect dust. If you can add a personal angle or make it something he can use but would never buy for himself, so much the better. And, of course, every potential father-in-law will love a hug from a girl he is beginning to think of as a daughter.

10 Tips for Meeting the Parents for the First Time

8 Dating Do’s and Don’ts for the Holidays