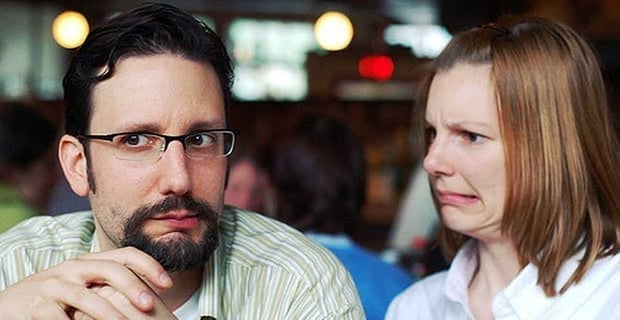 When Do You Know You’re a Couple?

Is the guy I’m dating my new boyfriend? How do I know?

As a personal matchmaker, having orchestrated thousands of introductions, I get this question often, from both the guy and the girl.

The first few dates have gone really well. You’re having fun together. You’re settling into a groove, but you don’t really know how to define this new “thing” you’ve got going on.

My strongest recommendation for women who are seeking a long-term relationship is to hold off on sex until you KNOW you’ve got yourself a boyfriend.

My simplest rule for women in dating is to keep your pants on until you know he’s not seeing anyone else and you’ve had that conversation about exclusivity, birth control and STDs.

If you’re not comfortable having that conversation, then just keep your pants on a little longer. If he’s not willing to wait, then he’s probably not boyfriend material anyway.

Julie Ferman is a professional matchmaker a seasoned dating coach, media personality, professional speaker, singles events producer and a consultant to the matchmaking and dating industry. Single men and women are invited to register privately, for free with Julie here, to be eligible for personal matchmaking referrals: http://www.JulieFerman.com . Julie's mission is to dignify and streamline the love search process for selective, relationship-minded professionals. Julie provides a full menu of dating coaching, personal matchmaking services and professional referrals to single men and women throughout the U.S., Canada and worldwide. Julie met her husband of 23 years through a proactive love search of her own and she has spent every day since helping singles make that all-important initial connection with the right people and to master the art of dating. With more than 1,100 marriages to her credit, she knows the love business and is eager to share her secrets. Julie Ferman was awarded by iDate and Online Personal Watch the "Best Matchmaker" award in 2010, 2011, 2012 and 2013. We’ve seen Julie on Dr. Phil, Good Morning America, and The Today Show.

16 Reasons Why a Guy Might Not Be Into You