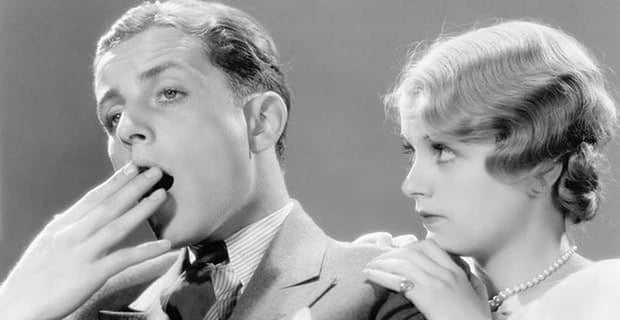 Why He’s Just Not That Into You

At one point or another, every woman has found herself both attracted to a man and unsure if that man was interested in her, too. This is a tough position to be in, especially since going on dates and hooking up won’t necessarily offer clarity on what, exactly, a man feels about you.

Plenty of men have gone on dates, hooked up and begun forming relationships with women they’re not interested in, just as plenty of similarly uninvested men have strung women along without going on proper dates or getting physical.

Why do men string women along if they aren’t that interested in them? And what can you do to stop making excuses and finally accept the fact that the affections in your seemingly great pairing might be decidedly one-sided?

And what might a man want in one of these situations?

Just know there are tons of reasons why a man might want to spend time with you and keep you in his life, and not all of these reasons mean he’s deeply interested in you.

“If a man isn’t making space for

you, then you need to leave.”

What are you getting out of this?

I’m not going to say you should only date men who are deeply invested in the idea of working toward some sort of serious, long-term relationship with you.

I am saying you need to ask yourself what you’re getting out of every relationship with a man, and then weigh that against what you want from the relationship.

It isn’t a problem if a man only wants to use you as a piece of arm candy if you only want to use him for his social connections. People “use” each other constantly in their relationships, and it’s not that big a deal as long as both people feel comfortable with what they’re giving and getting from it all.

That being said, if you find yourself in a relationship where your man is stringing you along and getting what he wants and you aren’t getting what you want, then you need to get out of that relationship.

I could provide a laundry list of ways to determine if a man just isn’t that into you, but ultimately, every woman knows in her heart of hearts whether she’s being strung along or not.

If a man is interested in you, he’ll make space in his life for you, regardless of whether he’s busy or important or your relationship seems inconvenient in some way or another.

Which means that if a man isn’t making space in his life for you after a reasonable amount of time of getting to know each other, then you need to stop making excuses and leave.

External obligations never got in the way of a man who REALLY wanted a woman.