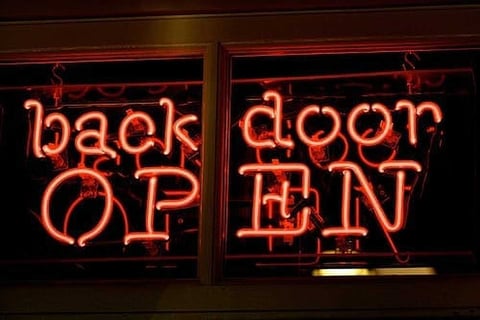 Let’s look at the numbers

(*as long as it’s consensual, but come on, do I really have to specify that?)

Finally there are women who may enjoy anal sex because they enjoy pleasing their partners. (As a service-oriented submissive, I fall into this category, too.) And newsflash: It’s totally OK to enjoy something because you enjoy pleasing the person you’re with. That doesn’t make it any less valid a form of enjoyment. Many humans of all genders take immense pleasure in seeing the person they’re fucking having a grand time. To imply that women who choose to have a certain kind of sex because they enjoy satisfying their partners aren’t actually enjoying said sex is offensively patronizing. Personally I think most women are big girls who are capable of making decisions about the kinds of sex they do and do not want to have, and I trust every consenting adult to act in their own best interest.

But what about guys?

I actually tend to agree with her on this particular gripe, although I believe there is a far more complex system at work here for which it is not entirely fair to blame men as individuals. Men are held to such rigid standards of masculinity that often imply that any behavior that might appear “gay” or “feminine,” such as being the penetratee rather than the penetrator, is a threat to their very status as a man.

That’s particularly fucked up when you think about it because it means men are being conditioned to fear one of their own body parts. I shouldn’t have to explain that it is the gender of the people you choose as partners and not the activities you choose to do with those partners that determines your sexual orientation (and nor is any one sexual orientation better than another, although some are unfortunately afforded more privileges at this point in our history), but somehow it’s a revelation that is still just occurring to some people.

But if a man acts downright afraid of his own asshole, to me that signals a kind of insecurity and discomfort that I find unattractive in a potential partner. So yeah, I vote with my vag in cases like those and instead choose to fuck people who are more comfortable with themselves, which is my prerogative as well as the author’s in selecting our respective partners.

Luckily the same philosophy I subscribe to that advocates for women to have the right to enjoy the kind of sex they like without being judged for it also ascribes the same right to men. Do what ye will an ye harm none, all of you.

When I let a partner into my ass, or when I show them that I’m not afraid of theirs, what I’m so often saying without words is I hope there is nothing with which we cannot trust each other. In my language, a rimjob essentially translates to I am going to take that part of you that society tells you you should be most ashamed of, and I am going to put it in my mouth and taste it because I am not afraid of your darkness. Letting a partner penetrate my ass sounds something like I trust you with me, and there is no part of me that is off-limits to you because I trust you with my darkness, too.

This isn’t the first time I’ve said this on this website, but the whole point of sex is intimacy, a physical expression of a growing closeness with another person in which your desire for each other manifests itself as an excruciating need for the most clandestine parts of your bodies to touch and entwine. So it’s probably going to turn out best for all involved if everyone shows up with their full self.

Arden Leigh is the founder of the Sirens Seduction Forum for Women and the author of "The New Rules of Attraction: How To Get Him, Keep Him and Make Him Beg For More" (Sourcebooks, 2011). She writes a regular advice column for Auxiliary Magazine and maintains her seduction blog at www.ardenleigh.typepad.com. She has been publicly labeled a “predator” and she took it as a compliment.

Why You Shouldn’t Sleep with Him on the First Date