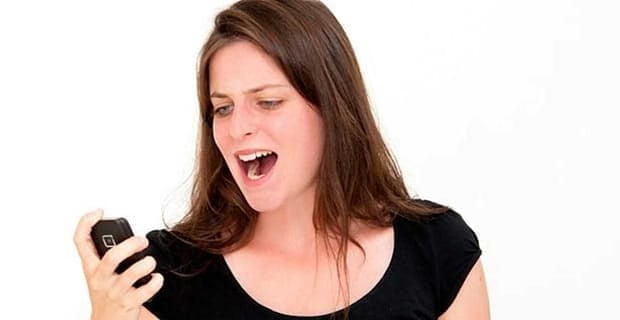 “I’ll text you.” I often hear single people say this to one another after they first meet. They want to use it to communicate back and forth, to get to know each other and even to ask each other out.

Is texting the new way to communicate while dating and to fall in love? Is texting romantic? All good questions!

Texting seems to have become the easy way to communicate for men and women in the dating scene. Is it the instant gratification people like?

Here is the problem I see

Falling in love takes seeing someone, looking into their eyes and hearing their voice. That requires some courage texting just doesn’t have.

Of course, when things don’t work out, there’s the ever-so-popular breakup text. I have received those before and they’re just plain rude.

In my late 30s, I dated a guy who fired questions at me via text. At first, I really appreciated that he wanted to get to know me. I answered all of his texts willingly and enjoyed the process.

After a while, though, I found myself exhausted and tired of it. One evening I gently let him know I was going to get some things done around the house and needed some quiet time. He was not happy with that text and his texts kept coming.

When he relayed his dissatisfaction to me, I felt stalked, annoyed and unable to enjoy my evening. Why can’t a gal be authentic and have a night to herself?

During the eight months I dated my now-fiance long distance, we didn’t rely on texting. Our cell phone carriers didn’t exchange connections.

He lived in Switzerland and had Swisscom. I lived in Denver with a U.S. phone service. We just didn’t have texting capability.

Instead, we emailed, spoke on the phone, traveled to see each other every few months and (best of all) Skyped quite a bit. We could connect via body language and eye contact. It was amazing!

Texting is a good way to exchange information, but does it do more harm than good in dating by actually preventing a connection from developing?

When that occurs, you are forced to explain yourself over long-winded, frantic-finger ping-pong to resolve the situation.

2. Texting lets you hide behind a screen

If you can’t pick up the phone to ask someone out or to leave a voice mail and ask them to call you back, why would you be a good relationship candidate?

3. There is no romance in texting

That is, unless you call emoticons romantic. I suppose they can be from time to time, but only after you know each other well.

As Patti Stanger, the Millionaire Matchmaker, says in her dating commandments, “You’re not in high school, so stop passing notes. If you do stop, he may actually call you. Remember a woman falls in love between her ears, not her eyes!”

Looking back, I am very grateful our cell phones did not communicate with one another. Was it the reason we fell in love in four days rather than four months? Perhaps. I am not sure.

I do know Skyping, emailing and talking regularly over the phone gave us the greatest chance to get to know each other quickly, talk openly about issues, visually communicate and create a deep bond and relationship.

There is nothing wrong with texting. It is a terrific technology. I ask you, though, to consider if it’s causing more harm than good so you can fall in love with the person of your dreams!

Suzanne Muller is a dating and life coach at Happy Living Forever. You can also purchase her book "Loveable - 21 Practices for Being in a Loving and Fulfilling Relationship."

5 Love Songs for Any Occasion

What Happens When You Meet Your Soulmate (Or the Right Person)