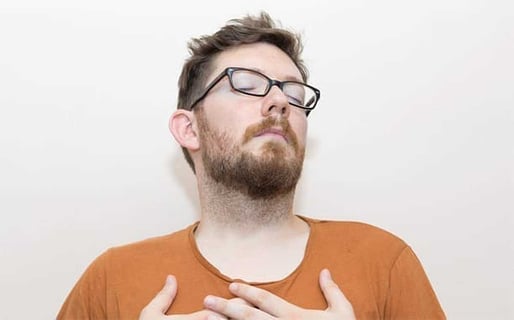 Dating anyone who is shy often comes with an extra set of complications compared with dating someone who is socially comfortable. While it does depend on the degree of the individual’s introversion, many shy individuals have a difficult time expressing themselves or being an active and confident member of whatever social environment they find themselves in.

Now, it is important to note the difference between “quiet” and “shy,” as there are plenty of quiet people who feel total social comfort, who are very confident in themselves and who simply keep their mouth shut more often than not.

I’m assuming with this advice that you understand the difference between someone who is shy and someone who is merely quiet, and that the man you’re interested in dating truly is shy in the traditional sense.

Shy men don’t tend to succeed too wildly within many of the social spheres of normal everyday life. Shy men tend to feel awkward and uncomfortable within bars, clubs and parties.

If you’re an outgoing, social guy, then your shy boyfriend will probably cater to your desire to leave the house and enter these spaces, but your man probably isn’t going to be the boisterous, gregarious, social butterfly you might want him to be.

He’ll be there and he’ll be present, but you’re going to carry most of the social weight.

This isn’t an automatic deal-breaker for every extroverted guy out there. Just know that your shy guy probably isn’t going to change too dramatically and he’s going to continue to pursue and seek out social dynamics that make him comfortable.

Remember, if your shy guy is willing to regularly indulge your need to hit the bars, clubs and party circuit, then you need to be just as ready, willing and able to oblige his needs for quiet nights at home and evenings out attending low-key social events that don’t feature ridiculous levels of loud inebriates or deafeningly minimalist Haus tracks.

How can I start dating a shy man?

People overstate the difficulties of meeting, attracting and starting to go out with shy men. Yes, you probably aren’t going to seduce them by grinding away on the club floor, and no, a shy man isn’t going to be the one to pull the trigger and pursue you aggressively.

But shy guys are pretty easy to take out on a date. You simply need to be the one who does a lot of the talking a lot of the time, you need to ask a lot of questions that relate to their interests (shy people often have deep inner lives), and you need to make every move.

Most importantly, if you want to meet, attract, take out and seduce a shy guy, you need to have a bit of a thick skin and not take every misstep as a rejection.

Sometimes you need to try multiple times to get a shy guy to go out with you, or to kiss you or to sleep with you, not because your shy guy doesn’t like you, but simply because his own insecurities gets in the way.

But with a little persistence and a sense of compromise, you’ll be able to snag that shy guy you’ve always wanted.

How Gay Men Can Introduce a Date to the Family

Is Shyness Ruining Your Dating Life?