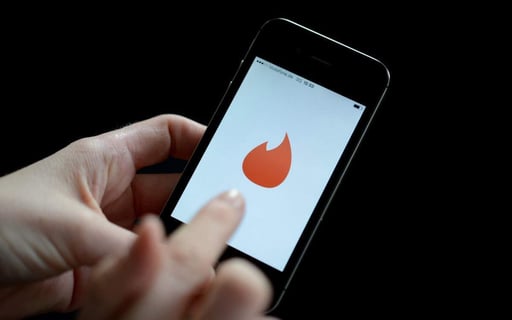 Everyone knows Tinder is superficial. We know looks are supposed to make or break the deal, but sometimes there are other factors that can seal a guy’s fate faster than the flick of her thumb.

So who are these guys, and what are they doing that has them dying before they’ve ever even sucked in a breath?

Here is how to fail at Tinder, guys:

1. You cropped your head off

I don’t understand when guys don’t realize that they cut off a portion of their head in their photo. If you can’t figure out the crop tool, you’re not smart enough for me.

2. You double your pictures

I don’t see why guys post the same picture more than once. Why?! You’re not a Doublemint ad, dude. I’m sure you have a cell phone. Get another picture.

If I see one more “I’m very important. I have many leather-bound books, and my apartment smells of rich mahogany,” well, you’ll be one more guy I swipe left on.

If you’re going steal a quote, maybe steal one that not everyone else is stealing, yeah? Try to be an original, unoriginal person at least.

I hate the guy who has maybe three pictures, and two are of his dog and one is of the ocean. C’mon mister, this is a picture game. Post pics or get pitched!

So everyone and their mom posts their insta name, but why does a guy post an Instagram account that’s private? Look, I don’t want to follow you, fella! I want to creep on you to decide if I want to swipe right! Simple.

I get that you don’t have to say anything on the app, but it would be so helpful if you guys at least said something.

You know, it’s nice to think you have fingers that could push letters to make words that reflect thoughts in your head. You have thoughts and fingers, right?

9. You have such a handsome … helmet

You post a picture of yourself in just a helmet. Nice helmet. I can totally picture us making out.

10. You went a little too Animal Planet

Nice job hunter/fisherman! You’re covered in fish/animal guts. The animal is one thing … the blood is another. It makes me want to puke.

Not impressed by the closely held lady you’re hugging in all your pics, bro.

Your grammar or punctuation is just atrocious. I still don’t understand how many times girls have to tell you to know the difference between “their, they’re and there,” and guys can’t get it right.

You lied about your age. Your Tinder age is your Facebook age. There. I solved it for you, 53-year-old guy who says he’s 35.

14. The guy who said girls had to message him first or forget it

More than 60 percent of dating app users are guys. You’re not in a position to be making such high demands. I can message you, but I’m not going to be told I have to.

15. You don’t even hide the fact that you’re creepy

Either in words or pictures, you’re way too transparent, Mr. Sensual Toe Sucker.

Or some other awkward variation of someone I already know and know I don’t like. I just hope I cut you before you could see me.

In your opinion, what ways are guys missing the Tinder mark?

Tinder: Reviews of the Dating App (And 3 Other Choices)