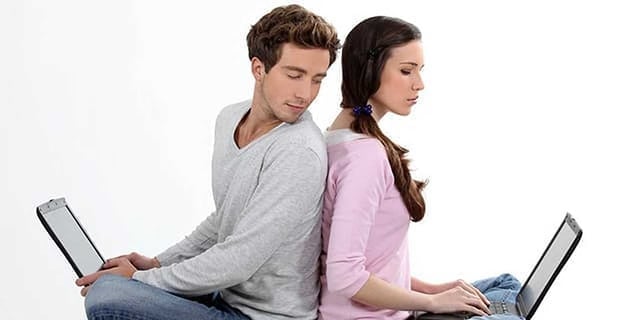 Social media has completely changed the way couples in long-distance relationships (LDRs) communicate with each other.

But could Facebook be doing more damage to LDRs than good?

According to a new study by relationship charity OnePlusOne and The Student Room, one-third (36 percent) of young couples feel Facebook played a part in the breakdown of their LDR.

One-fifth (20 percent) of participants said they broke up with their ex because they cheated and they found out about it through pictures uploaded to Facebook.

When it comes to cheating on your partner when in an LDR, the majority (90 percent) of participants were of the same view – having sex with another person while in an LDR is not OK.

‘There are a number of factors that contribute to making a relationship work, regardless of physical distance,” Hannah Green from OnePlusOne said. “Whilst social media has opened up more ways to stay in touch, it cannot replace more personal forms of communication, which can demonstrate love and trust of your partner.”

“It is often the small gestures that matter such as a text to say ‘I love you,'” she said. “Studies have shown couples in an LDR who meet face to face at least once a month are more likely to last and be happy.”

Would You Send a Facebook Friend Request Before a Date?