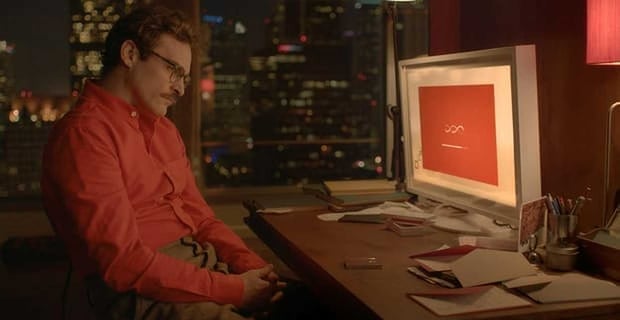 If you’ve been online looking for love, you’ve probably heard of the term Catfish. Maybe you’ve even seen the MTV show.

If you’re like me, you’ve thought people were crazy when you heard stories about them falling in love and even mortgaging their house or putting themselves into debt to give money away all for a man or woman they have never met.

They say until you walk a mile in someone else’s shoes, you’re not in a position to judge.

Well, as a veteran relationship coach, I actually walked a few yards in those shoes, and thankfully I’m now in a unique position to hopefully prevent it from ever happening to you.

It’s easier to fall for than you may think.

I know I have a lot to offer someone, so I’m fairly picky about whom I find interesting. Searching online can seem a lot like questing for a needle in a haystack, but it has worked wonderfully for me in the past.

When I found “Jack,” I was definitely intrigued. He was handsome and had lots of pictures. He was tall, successful and expressed himself beautifully.

His profile portrayed him as a true romantic who believed “honesty and truthfulness are two of the greatest virtues anybody can have.”

Integrity is what I value most in a man, and OkCupid said we were 91 percent match and only 1 percent enemy. I sent him an email expressing that.

He responded a few hours later, conveying that he was flattered and that he was an architect finishing a project in London at the moment.

He invited me to IM with him and asked if I had a Yahoo username. I had turned off the site’s instant messaging, so I saw no harm in using Yahoo.

We had a few nice messaging chats and spoke on the phone. Then I wanted to video chat. He said he didn’t have a webcam but would try to pick one up.

He started sending me ecards and poems. He was wonderfully supportive and communicative, and we rapidly accelerated to an intense emotional intimacy. He made me feel incredibly loved.

I was telling my family and friends he was either the most romantic man I had ever met or the most manipulative.

Turns out it was the latter.

Thankfully, I did have my feet solidly on the ground. I had been Google searching him and found nothing about him or his project.

When I asked him, he got defensive and verbally attacked me for not trusting him. He directed me to his LinkedIn page, but I found it suspicious that he had no connections.

He was starting to have problems with his project and was going to be delayed coming back to New York. Soon after, he asked to borrow $5,000 to help him get a loan for his project. I said I didn’t have it.

A few days later, he said he could get the loan but he needed to transfer the fee from a U.S. account. He wanted to wire me the $5,000 and have me send it by Western Union — to Nigeria. He wanted my bank account number and home address.

“Reality means you can look into

each other’s eyes face to face.”

I did some research.

That is considered money laundering, and if I had agreed to do it, I could have potentially been charged with a federal crime. Africa is the source of numerous dating scams. Be especially wary of Nigeria, Senegal, Ghana and the Ivory Coast.

I later learned Google Images has a camera icon in the search bar. If you click the camera, it gives you the option to search for a specific image.

I uploaded Jack’s profile picture and was stunned to find the photos Jack had sent me were on the Facebook page of a guy named Doug.

I felt like I knew him, but he was a total stranger. And so was Jack. I have no idea who I was actually communicating with.

The first four digits of his phone number were +4470. I now know that is a forwarding service you can use from anywhere in the world, but it will appear to be in the U.K.

We had a high matching percentage on the dating site because he only answered 25 questions. I answered more than 300. It’s not accurate and you shouldn’t trust it unless you answer the same amount of questions.

These are the tools of a scammer you should watch out for:

What I love about online dating is you can vet someone and find out if you have commonality, which is what makes a relationship work before you even know if you have chemistry.

The more specific you are about who you are and what you want, the better it works.

However, being online should only be an abbreviated introduction to discover each other. Then you need to move your virtual connection to reality within a week or two at the most.

Reality means you can look into each other’s eyes face to face and consummate the relationship. Until you do both, do not consider it real!

Do not ever send money. Stop all communication. Tell them to only call to arrange a meeting in person.

I got an email from Jack several months later. It simply said, “I miss you.” I didn’t respond.

Donna Barnes is a life and relationship coach certified by New York University and co-founder of DonnaBarnes.com. She is a regular guest on "Good Morning America" and "Nightline," among other popular media outlets, and author of "Giving Up Junk-Food Relationships: Recipes for Healthy Choices."