When you join a dating site, you’ll want to know that it works, and eharmony’s success rate proves that this dating site can work wonders. Since its launch in 2000, eharmony has connected millions of singles and inspired countless serious relationships and marriages.

If you want to give eharmony a try, here’s what you need to know about the success you can expect. Our full review of eharmony also has tons of other details about the features, user base, and more.

If you look at the stats, you’ll see that eharmony is one of the most successful dating sites for American singles. Here are some stats to back that up.

According to eharmony’s Married Couples by the Numbers Facts report, almost three-fourths of men and women have met their spouse within a year of joining the site. They trusted eharmony’s matchmaking system and reaped the rewards.

2. 15 Million Matches a Day are Created on the Site

In an interview with the Wall Street Journal, eharmony representatives claimed the site creates 15 million matches every day. The best part is they do the matching for you, so you’re not looking for a needle in a haystack online. 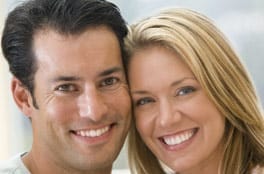 When eharmony launched, the idea was to use psychology to create marriages, and it has been remarkably successful.

3. eharmony is Responsible for Nearly 4% of U.S. Marriages

Four percent of marriages in the U.S. have happened because of eharmony, even more proof that unique matching system works.

4. 542 People Get Married Every Day Because of eharmony

According to the site’s internal statistics, more than half a million people who met on eharmony have fallen in love and tied the knot. They’ll even give you a free gift if you’re one of them.

According to an interview with Bloomberg, the divorce rate of married couples who met on eharmony is just 3.86%, which paltry in comparison to the national U.S. divorce rate of around 50%. This means you’re much more likely to divorce if you and your spouse didn’t meet on eharmony.

About 15,000 men and women a day fill out eharmony’s questionnaire for its compatibility matching system, which consists of many deeply personal questions like “Do you crave company or prefer to be alone?” and “Do you find humor to be your favorite coping strategy when dealing with the world?”

These questions become the basis of the compatibility scores you’ll see on every dating profile on eharmony.

It’s no secret that eharmony has a large user base (33 million members in the U.S. and nearly 200 countries around the world), easy sign-up process, clean layout, and a free trial that lets you test it out before you commit. All these great features contribute to it being one of the leading dating sites out there.

Dr. Neil Clark Warren, who’s written eight books on love and marriage, founded eharmony in 2000. He also created eharmony’s Compatibility Matching System. This system pairs users based on 29 different components, including emotional temperament, values, and beliefs, making it a good fit for people who want a serious commitment in their lives.

eharmony is a trustworthy site with a great reputation, and they have the success stories to prove it. As a full member of eharmony, you can start a journey to love based on true compatibility and psychologically sound principles. You won’t regret giving it a try — and, who knows, you could be the next eharmony success story.

How Long Does It Take to Get Matches on eHarmony?

Is Match.com Worth It? — 6 Reasons to Try

Is eHarmony Good? 7 Reasons You Should Try It