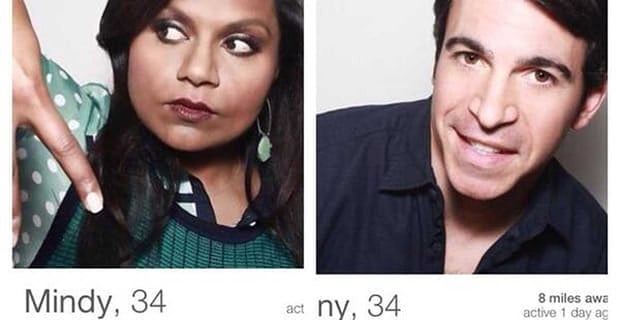 Getting Burned? When He Should Take His Tinder Down

Is Tinder a mobile dating app for singles or a social media app for those who are already attached?

With more than 10 million matches a day and more than 800 million swipes a day, people are swiping like crazy on the hottest mobile dating app.

However, it’s not uncommon to see couples still keep their Tinder profiles active, even after they’ve decided to date exclusively.

So the question I’m posing is…

Is Tinder an online dating app?

Sure some use Tinder to hook up, while others are looking for love. However, many are just enjoying the game of swiping while at work or while watching television in their spare time.

It’s a bit of an ego boost to see so many people who want to chat with you or possibly even meet you, and it’s understandable to get caught up in the frenzy.

So if you’re in an exclusive relationship, should you unplug your profile like you would on a traditional online dating site when you’ve met the one person you’d like to date exclusively?

“If they won’t take their profile down,

find out what their motivation is.”

I say the answer is yes

Relationships are about trust and about being on the same digital page online, as well as being in sync IRL.

When a single woman is dating a guy she met on Tinder for six weeks and sees he isn’t taking his profile down, she would assume the relationship is about to hit a digital bump in the road. I have to agree with this assumption.

So why are so many Tinder enthusiasts addicted to logging on?

Recently one single man posted a profile of a golden retriever named Hero. Others are posting photos of groups of friends as their primary photo, alluding to the fact that Tinder isn’t just for singles.

Still if you’re in a relationship with someone you’ve met online or on Facebook, Twitter, Instagram or a mobile dating app, both you and your significant other should be

unplugging around the same time.

If he or she won’t take their profile down after you’ve become intimate, find out what their motivation is to keep the profile active.

By keeping the communication open, you’ll be able to decide whether to start dating others or stay in a relationship with someone who can’t retire their profile.