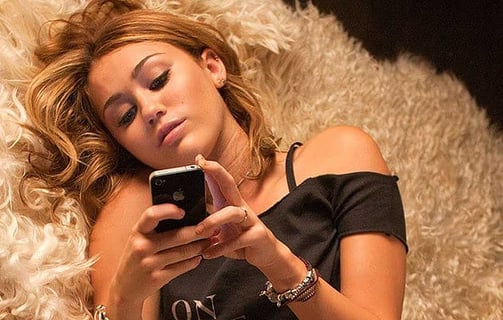 How to Go From Messaging to Meeting

A study by the University of South Florida suggests the ideal time to meet your online date in person is between 17 and 23 days after the first message is sent. This survey of 433 online daters showed the longer people waited to meet, the more likely they were to feel let down by the first date.

Online dating is an expectations game, and it’s not a good move to let that spark fizzle and fade before you’ve even met up.

If you want to lessen your chance of feeling let down during online dating, here are 6 ways to quickly go from messaging to meeting in the online dating scene.

Some guys want to exchange emails for protracted periods of time. Some guys are marathon job interviewers, sending out long lists of questions:

The questions drone on, as do his responses to your questions.

Online dating isn’t an exam. You won’t know if there’s any future with this guy until you actually meet up.

One guy who contacted me discussed his views on fairness over long emails going on for weeks and then asked when I could drive to see him, becoming offended when I suggested meeting at a halfway point. After that, I didn’t want to meet, and I would have known that sooner had I taken the initiative. Another fellow was a great philosophizer, but when we finally spoke on the phone, his main topic was complaints about his ex-wife.

2. Make Sure He’s Actually Available to Meet and Not Traveling

I’ve also heard from guys who claimed to be traveling for weeks. They’d message me almost every day, discussing their activities and wanting to hear about mine, but when they came home, I’d never hear from them.

Some guys claimed to be traveling for weeks, but when they came home, I’d never hear from them.

Similarly, some fellows said they were too busy to get together within the next few weeks but perhaps we could email or text until then. After a few of these ongoing communications went nowhere, I learned to ask that the guy contact me when he was actually available.

3. Discuss Common Interests to Prove Meeting is a Good Idea

While I recommend meeting for coffee for the first meetup (see below), showing your dater that you actually go to things you both like lets them know more dates will be easy to arrange if coffee works. Plus, it turns the conversation toward meeting in person and hanging out, as opposed to perpetuating ongoing emails.

4. Talk On the Phone Within the First Two Weeks

In my experience, emailing for about two weeks should be the limit unless you live far apart and it’s a production to arrange an in-person meeting.

I like to chat on the phone before meeting in person because it provides another way to see what the person is like. Plus, if I feel awkward suggesting that we meet up, it’s easier to say “let’s talk on the phone.”

If that goes well, at the end of the call I can ask if the guy would like to meet me. If I’m feeling shy, I’m more comfortable asking what he thinks rather than suggesting an in-person meetup myself.

Texting is not the same as talking on the phone. It allows the other person more time to formulate a response and you can’t hear their voice. A of couple times an initial phone call revealed that even though a man had a well-written profile, English wasn’t his first language and we had trouble understanding each other. It’s harder to find that out through texting.

5. Pick a Specific Time and Day to Meet

Some guys proposed a first meeting on a weekend or on a day they claimed to have free time, saying they’d let me know the meeting time later. Then on that day I wouldn’t hear from them, even though I’d arranged my day to be available to meet up on short notice. No long gardening sessions or I might be covered in dirt when they finally did call me.

Avoid leaving the time and day open in case your date turns out to be a flake!

When I started online dating, I didn’t insist on set meeting times because I wanted to seem flexible and chill, but these non-materializing meetups really messed up my days.

If your date says they’ll let you know when they can meet up on a particular day, press for a prearranged time and place. Avoid leaving the details open in case your date turns out to be a flake!

6. Suggest Coffee for an Easy Meetup

For a first meeting, I usually stick to coffee at a familiar location.

If my first meeting happens to be at night or a place I know don’t well, I tell a friend where I’m going and give her whatever information I have about the guy. I’ve never had a problem with someone not being who they said they were or being inappropriate (aside from one unsolicited nude selfie), but it’s best to be cautious.

I’ve had men say they’d rather meet for a meal than for coffee. A quick (one course) lunch is fine, but often when I’ve agreed to more time-consuming first dates, I’ve really regretted it, as I’ve struggled to make conversation and am bored to a stupor and wanting to scream when my well-meaning date asked to see the dessert menu.

There seems to be a lot of folks in online dating land who find emailing to be an end in itself, but if you don’t, after a few promising email exchanges, ask to chat on the phone. If that goes well, offer to meet in person, and insist on a set time and place, not “sometime” they’ll let you know. You’ll avoid a lot of wasted time, but if someone seems that awesome, you can always make an exception!

Debbie Weiss is writing a memoir and anti-advice manual about widowhood. She blogs at www.thehungoverwidow.com and on The Huffington Post. She’s been featured in xojane, Better After Fifty, and The Erma Bombeck Humor Writer’s Workshop.

The 1st Thing You Should Say When Online Dating

Why Women Should Send the First Email

5 Quick Ways to Get Women to Respond to Your Messages

Should You Send an Online Dating Follow-Up Email?