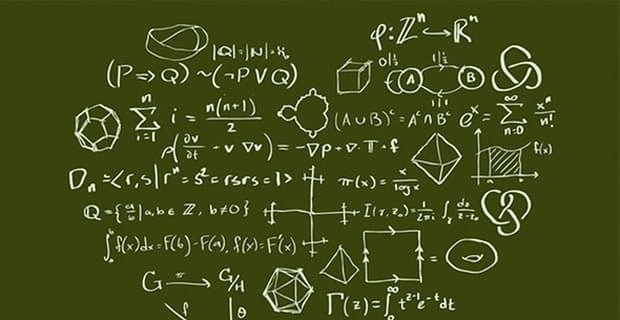 Last week I wrote an article about love in the time of algorithms, which discussed the different online dating approaches of two single people.

So what is the difference in response between Amy and Chris’ stories?

To answer this, we need to look in more detail at what they did and break it down. While the math she used seems kind of elementary compared to Chris’, it is a story told directly and in a warm way.

It was a personal tale.

His story is written by a blogger and brings out the bad and impersonal side of math and numbers.

Chris also had put aside his research and slept in his cubicle, while he worked late nights on algorithms and programming his method.

Then he went on to meet 87 different women on dates until he found his match. His persistence paid off!

Some of the typical comments to his story were:

The problem facing Chris and other singles can be analyzed by considering two opposite cases: either not being able to find someone (I call this the “pickiness problem,” even though it isn’t) and the not being able to choose from among the many (the “abundance problem”).

For dealing with the abundance problem, one can apply the famous “secretary problem,” now probably more appropriately called the “admin problem.”

This was first proposed more than 50 years ago and states if you can only interview a certain number of candidates for the admin position, how do you know when to pick one?

Let’s say you have interviewed four candidates and it is getting late in the day. Should you interview 10 more or keep going further?

When one turns to math, there is actually an elegant solution to this dilemma. Let’s say you have time to interview only 10 candidates. You should chose the first one that’s better than the first three.

In math language, this looks like: choose the first one after N/e, where N is the number of candidates you can interview and e is the base of the natural logarithm.

Yes, it’s elegant and that’s what G.H. Hardy would say. Australian mathematician Clio Cresswell has applied this further to the “12 bonk rule.” Need I not explain what that means.

compete to find the best algorithm.”

But how does one find dates?

The major dating sites have recommended matches as a key feature, but for sites like eHarmony and OkCupid, their matching algorithm is their main feature.

Members answer questions, and then based on these answers, a set of recommended matches is provided.

These sites should be able to make this work because they can check if their system is working by measuring the response of their users, such as how long they spend looking at their recommended matches or if they click on their profiles and message them.

They can use A/B testing in which different variations of an algorithm can be tested and the best one chosen. With millions of data points, these algorithms should be perfect!

But most of the people I know who have used dating sites are quite skeptical.

Where then do these methods go wrong?

According to Eastwick and Winkel, researchers at Northwestern University, the real issue is the algorithm only relies on its input data, but this fails because most people don’t characterize themselves in a logical and accurate way. Their data is just superficial.

Another possible issue is people are complicated and there are just too many things to account for.

In making a mathematical model, there is the so-called “curse of dimensionality.”

As suggested to me by mathematician Jonathan Farley, if you have too many different fields, “who is close to whom?” becomes a question with no useful answer.

So the math problems are really hard, and then online dating by its nature does not capture the person in 3-D – real people hormones and smell and the need to be looked in the eyes.

Who you meet in physical contact so the wind can blow between may be quite different from an online profile.

The online dating sites and their algorithms are useful for narrowing scope and finding exactly what one wants. Simplification in a complex world! Both Amy and Chris did this, and it worked for them.

Online dating sites are still changing, and new ones like Tinder are changing the landscape.

So where do things go from here?

Perhaps let the smart math geeks compete to find the best algorithm, like giving sample data in an open environment as with the Netflix prize, which was for recommending the perfect movies to their customers.

Then Chris McKinlay and other math geeks could apply their math skills to create the best algorithm for all singles!