Maybe I’m just from another day and age. Call me a prude. Call me soft. Call me old. But I couldn’t believe my eyes.

Here I was making plans to meet a woman for the first time online, innocently flirting pre-date about whether or not she was in shape, when bam, a naked picture pops across my phone with the caption, “So what do you think?”

Needless to say, that was enough of a red flag for me to gracefully bow out of the date with about five hours to spare.

“You seem like a really nice girl, and I wish you the best of luck. But I’m going to have to pass on this date,” I said. “Sending a naked picture like this is a little bit too much of a red flag for me.”

Maybe I was being harsh, but I do not think I’m alone in this last second decision to bail.

However, this prompted me to start thinking: What are some reasons men stop messaging women who they were previously in communication with?

Guys are very visual. When a beautiful girl messages a guy, many times he will talk to her, regardless of whether or not the photos are sending red flags.

But once the initial excitement wears off, logic may begin to kick back in.

Pictures such as these will play head games with a guy, making him wonder if the girl is indeed on the promiscuous side or trustworthy, and he may just cut off communication before a first date ever occurs.

2. Coming on way too strong.

Men tend to get scared off very easily.

When women send emails that put a ton of pressure on men and all but declare they  are going to get married, have 10 babies and live happily ever after, they will eject.

Making a man feel wanted is more than fine, but making him feel as if you are his biggest fan with an endless barrage of compliments and awkward declarations in the emails is a turn-off.

“When women send emails that put a

ton of pressure on the man, he will eject.”

3. Going home with a guy on the first date.

So you were texting each other for two weeks, slept with him on a first date and the texting has suddenly slowed down. The phone calls have all but stopped, and the communication is practically extinct.

The truth is, for most men (not all), if a woman sleeps with him on a first date, he will take her out of the “potential relationship” category or put her in the “nothing more than the potential hookup buddy” category.

Most guys simply aren’t mature enough to allow themselves to believe a woman who sleeps with them on a first date is a girl that could be worth settling down for.

Even if the guy is the one pushing for it on a first date, if he really wants a relationship, deep down he probably wants you to resist.

Don’t text a guy a hundred times a day. This is disruptive, annoying and will make a man grow tired of you very quickly.

Don’t try to get to know a man’s whole life story via text. Let the relationship unfold in real life, or the guy may just disappear before you ever have the chance.

As stated in my intro to this article, avoid the dirty photos. There is never any reason for this.

And if a guy is bothering you for naked pictures when you haven’t even met yet or just began dating, ask yourself the question, “Is this really the type of guy I think I should be dating?”

Readers, have you ever gone too far with your messaging? How did you remedy the situation?

Want more free profile writing tips from Joshua Pompey? Visit getrealdates.com, or just visit his world-famous profile writing service for the best profiles on the Internet at success rates that can’t be beat. 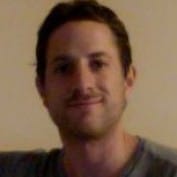 Joshua Pompey is an online dating and relationship expert, helping men and women succeed at online dating since 2009 and with a success rate of more than 99%.

How to Spot a Player When Online Dating