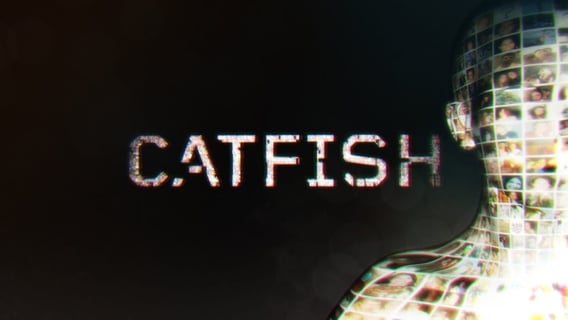 Should You Forgive Someone Who Catfished You?

Catfishing is the process of developing a relationship and feelings for someone, but you have a delayed meeting or have never met. The person with whom you think you are building a relationship with is not who they say they are.

When you get catfished, you have a two choices:

The guy who started the popular MTV show “Catfish” by way of his documentary did so after he himself was catfished. His name is Nev, and he’s both intelligent and attractive, which is a great example of how catfishing can happen to anyone.

He was online and thought he’d met the holy grail of women — Megan. She had model good looks to coincide with her sweet, humble personality, and Nev found himself very open and vulnerable to her.

They had a true connection. He believed he was in love and went to meet Megan.

For those of you who have never seen the film, I’m going to spoil it for you. It’s been four years, so I don’t feel bad.

Nev’s love was not who she said she was

In fact, the woman behind Megan also was pretending to be multiple people in order to build a believable facade. Angela was the real person and first contacted Nev as a child named Abby.

Nev was a photographer when Abby, who also was little artist, began to take his work, paint it and send it to him. This caught his attention, and they began a correspondence.

As an artist, Angela enjoyed the attention from Nev. However, she knew correspondence was limited with Abby, so she created Abby’s older sister named Megan, who also began contacting Nev.

Megan was more age appropriate and also into photography. Angela was right to create Megan, as her and Nev’s relationship grew from there.

So who was Angela?

A housewife in her 40s who loved to paint and had a difficult time taking care of her severely disabled step-sons. She had her own daughter who provided the inspiration for Megan.

Angela created a web of Facebook profiles to develop intricacies of real relationships to pull off the ruse. All the while, she was immersing herself in a fantasy with Nev.

Nev was willing to see where it went. For six months, he did — until he finally had the opportunity to meet her.

He drove with his filmmaker brother and friend who knew at the very least they would have a heartwarming story of this family and their relationship with Nev. But as it progressed, they knew there was more to it.

Finally it comes to light that everything was fake, an intricate deception and orchestration by lonely and manipulative Angela.

What may be most interesting is Nev kept in contact with Angela for more than a year after the film wrapped.

Because he invested real and strong emotions and history with Angela, even though she was not Megan. This proves while the other person behind the screen may not be real, the feelings you develop and exchanges still are.

This is actually a common result in catfish situations. Some have even longer staying power than Nev and Angela. Real relationships with interpersonal interactions can be salvaged and germinate into something more tangible.

If you’ve fallen in love with someone who lied to you about who they were, know there is nothing wrong with you for being tempted to stay. It doesn’t make you weak or flawed.

What needs to happen are some permanent changes. Is your person capable of maintaining honesty?

When you should bolt:

When you should stay:

After that, it’s a lot like any relationship — you must practice forgiveness and work to build trust.

Would you ever be tempted to continue with someone who catfished you?

What to Do After You’ve Been Catfished

Is Your Profile One Big, Fat Lie?

Did You Know 50% of Singles Do This On Their Dating Profiles?