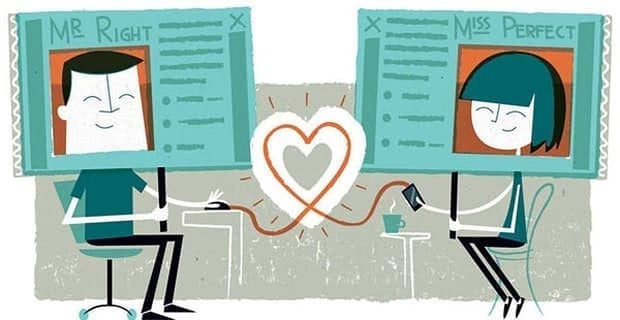 Should You Make Your Profile Universally Appealing?

I just read through a fascinating article that combed through tons of online dating data across Match.com, OkCupid, Grindr and Tinder.

For example, you should use words like “surfing” and “yoga” – the most popular daters in both sexes do.

The data also broke down gender differences that applied to more success (apparently retirement is a good word for older males to use but not women.)

Also, Sunday is a universally great day when most people go on online dating sites.

The amount of information they have is mind-numbing, and if you’re an online dating geek like I am, I can tell you I would have loved to have fallen down into that rabbit hole of data. Sigh. A girl can dream.

Curiously, there are some things the numbers and the stats can’t relay about online dating success. You can follow all of the suggested rules to make yourself the most popular bestest online dater ever. but it may not be your best bet.

Why would I do that?

What kind of online dating coach would coach that?

The idea is if you cast a wide net and do all of the things the most popular online daters do, you can get more views and dates. That may be awesome and exactly the thing for you.

I’ve always advocated getting yourself in front of as many people as possible and to use online dating as a catalyst to meet someone.

“There is a subset of daters who know

exactly what they are looking for.”

Who should cast a wide net?

Who should cast a narrow net?

You can still be a successful online dater and cast a narrow net.

There is a certain subset of daters who know exactly who they are and what they are looking for and their profile represents that.

Recently I was working with a dater who had done a lot of online dating and a significant amount of dating in general. She was at a ready age and had a clear list of deal-breakers and must-haves.

It’s not unusual for a dater to come to me with their list, but what was unusual was that while unique to her, her list wasn’t unreasonable.

Many lists I see are borderline ridiculous (“I can’t date a man who doesn’t wear a watch.”) Her must-haves spoke to her values and personality. The deal-breakers were nothing superficial.

We built her profile unapologetic to her truths and saturated in her sense of humor. The goal of this profile wasn’t to appeal to everyone.

She didn’t talk about how she could get dolled up and go on the town while she also loves to sit on the couch for a night in.

No, she wasn’t selling herself as a woman who was everything to everyone. Her profile was actually meant to turn off many men.

Why? Because the men who didn’t like what she had to say weren’t the type of person she would be interested in. She didn’t need a lot of emails in her inbox.

She didn’t get a lot of emails in her inbox.

She was still the most successful online dater, though.

In her first month online, one of the first emails she did receive was from a guy who thought her humor was hilarious, her mind brilliant and matched her values.

He liked that she didn’t sound like everyone else and that she embraced her faults and strengths. The chemistry was instant, and after a couple of months, they are in an exclusive relationship.

Have you thought about whether or not you’re trying to appeal to too many people in online dating?