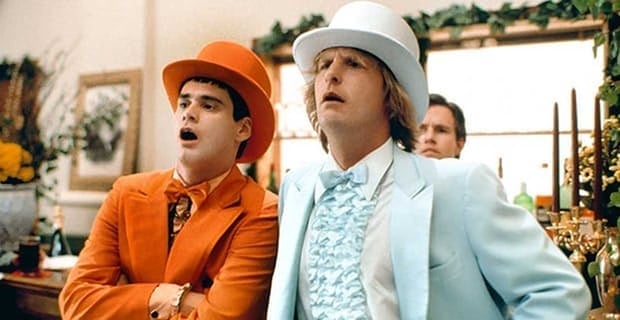 The 5 Dumbest Dating Emails of All Time

It’s often been bemoaned about what women have to put up with in emails from men when online dating.

Consider this your PSA to just how weird some of them can be.

A woman would read this email as, “Even though your photo is bad, it’s the best one.”

Don’t send an email to a woman pointing out flaws, and unless you’re writing a poem about the sun, “hot spots” should never be a conversation topic.

This deluded guy doles out an insult but tries to pass it off as knowledgeable, constructive criticism.

This isn’t a photography class, and this does not make a woman swoon. I actually think he’s a frog.

Unfortunately this email is a single drop in a tidal wave of sexually explicit emails women receive while online dating.

Men lead with lots of promises of how lucky they can make you. Between promises of a van, magic massages and that “masterpiece” of a body of his, you can guarantee Mr. Sexy had one promise right: a night of bad decisions.

I don’t think I need to say a thing about Dan that Dan hasn’t said himself.

Ladies, please don’t email us asking for this guy’s contact info. We aren’t sure our servers can handle that level of traffic.

I can’t help but imagine the light bulb moment when Tyler thought to himself, “I know how to attract women! It’s got to be by talking about cat pooped sheets in marbled English!”

I have hope for him, though. I think Tyler’s perfect woman is on an episode of “Hoarders” somewhere and looking for “funs” as well.

While a lot of guys just send a “Hi, how are you?” email, this guy does a bang-up job of carving out a niche for himself.

He can tell you about all the old black guys and their hilarious sexual escapades. One can only hope those shenanigans don’t involve him personally, but maybe he’s really trying to showcase his ultra-unique lifestyle. All the while, his photo looks like he’s from 1863.

This guy is a rare find, ladies. Don’t let another 150 years pass before you give him a chance. He just may be a vampire like Edward in “Twilight” or Bill in “True Blood.”

Sound off! I know there have been some crazy emails sent your way. What have people told you?

Online Dating: The Second Message When the First Fails

How to Use Your Profile to Get Him to Contact You