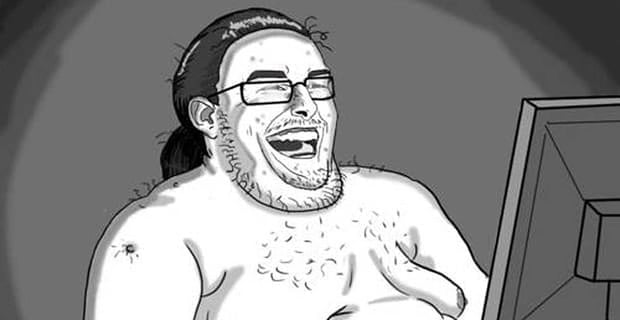 Whether it means to be or not, online dating is hilarious.

I know women who get together with their friends and a bottle of wine just to peruse through user profiles for a good laugh.

It’s not because the profiles are written to be humorous. It’s because the spectrum of what people think is a good idea to post online is hilarious.

From short-shorts pictures from the 1970s to ludicrous comments about how people see themselves, oftentimes online dating is a good old-fashioned barrel of laughs.

The folks at The Onion know this acutely, which accounts for several hilarious and poignant posts on the matter.

Here are my five favorites:

Having a cool “how we met” story is always fun and preferable to not having one, but even when you take online dating out of the equation, most people meet their spouse at work, school, a bar or through friends.

I don’t see anyone writing love songs about meeting in the break room and sharing a dollup of Coffeemate.

Rarely is anything so cute as my parents who actually met at a laundry mat. It wins the Internet. But who cares? You don’t live in a rom-com. You live with a person you love. So long as you find it online or otherwise, ain’t no thing.

Did you know there are thousands of dating sites out there? Some are very useful, and some are extremely unique.

I love the rise of niche sites because it means people with every bizarre inclination can seek out others who are like them.

Because you can never be too niched in which dating site you choose, I say rock on farmerswitheyepatches.com and findyourbloodtypematch.com.

This article is a crack at everyone writing the exact same thing online. You can’t blame her too much.

When you get down to it, most people are pretty similar. We all have heads and skin. We have to eat, rest and work, and we all want love and companionship. That would make a pretty appealing dating profile, right?

Should probably throw in that you also enjoy fun…you know, just in case there is someone out there who doesn’t. We wouldn’t want to get set up with them.

Have you ever seen any real dating sites that seem so obscure you can’t imagine who would actually use them?

It looks like the best you could do from these sites is meeting some kind of horse on eharm.com. I’m certain you don’t want to date him, though.

This article is short but sweet, highlighting what humans know about what kind of date is deserved.

Apparently some computer just passed the Turing test, which means it could fool people into thinking it was human. I will believe in a computer passing as human when it can play this kind of matchmaker.

Imagine: Selfish, know it all, type A meets spineless, insecure, mild-mannered type to boss around and bend to their will. That’s where love will blossom.

Or yuppy overachiever seeks human resume to breed and make others think they have a perfect life to satisfy their unhappy but overbearing parents. Cue the bridal song.