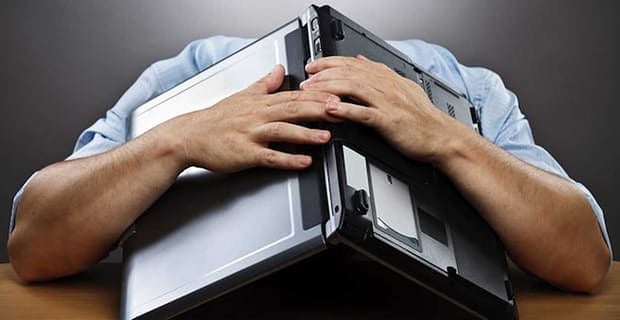 When She’s Not Ready to Give You Her Number

When online dating, there is a balancing act that goes into moving from the email exchanges to a number exchange.

Men are usually in more of a hurry to get to the digits than their female interests.

While there is no rule that says when you need to exchange info, it should be on the horizon. After all, you went into online dating to date, not make a pen pal.

This happened to a client recently.

To quote one of his online prospects, “I really like talking to you, but I’m kind of phone-shy. A lot of guys just want to get a number right away, and I guess I just feel more comfortable emailing for a while.”

In general, I find females are more reticent about just handing out their number to a virtual stranger because they usually want to go for a few email exchanges that span the course of at least several days before considering the option.

As a woman, I absolutely get the reasons for this. Women like to make sure a man is consistent, trustworthy and respectful. His willingness to go through with this emailing via time and effort shows a woman this to some degree.

In this case, their conversations had lasted more than a week with a lot of quality exchanges. He had been consistent, proving he was trustworthy and willing, so he wasn’t jumping the gun in asking for her number at all.

But she wasn’t ready to give it.

A lot of guys would take one of two responses: give up or get mad.

As frustrated as I even was because of how much potential chemistry they showed, I wouldn’t allow for it either.

If a woman does this to you, it is your perfect opportunity to assert yourself as a nice guy but not a pushover (the dream combo).

I coached him through his next move — to tell her he respected her wanting to feel safe and he understands there are a lot of creeps out there, but to be clear, he was online dating to meet people.

how you make them feel.”

If she was not willing to do that, she should let him know out of respect . He reiterated how he enjoyed talking to her, wanted to get to know her more and respected her decision.

The things that are key about this response: As a man, you need to still make her feel good about your interactions.

Don’t get mad. Try to see her perspective. Iterate in an easy tone that you understand her point of view and you like talking to her, but at the same time, make your intention to meet clear.

Then put the ball in her court. Make it clear she gets to choose the next move. Now at least you’ll know whether you’re in or out.

So often guys just acquiesce and keep emailing, meanwhile things pitter out or they never know when is appropriate to ask for the number again. Don’t let this happen to you!

What was her response?

“I appreciate that you are bold enough to state what you want without being pushy. The last guy I wouldn’t give my number to called me a player and a loser.”

See? She actually liked that he made himself clear. He was manly but not demanding, and he distinguished himself from less informed guys who made her feel bad.

She also gave her phone number. Now they have a date planned.

Remember guys, women respond to how you make them feel. Nurture to make her feel like you understand and you respect, but communicate that you also have a reasonable requirement.

Have you ever been talking to woman who went cold when you asked for her number?

15 Tips for the First Online Date (Advice From the Experts)