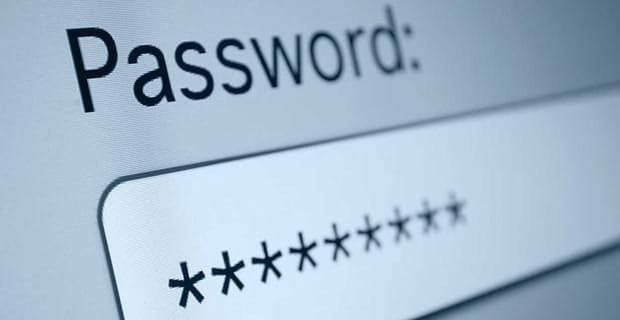 Whether discussing emotional baggage or history of former lovers, how much a couple shares can perhaps say a great deal about their own level of connection.

With that in mind, how many couples share arguably one of their most private possessions, their online passwords?

As part of a recent survey, Pew Research asked Internet users who were either married or in a committed partnership if they shared passwords. A whopping 67 percent indicated sharing at least one with their other half.

The report points out that participants were never asked to specify which type of passwords were shared. Some services, like Hulu or Xbox, might be commonly used by more than one partner, while other services like social media or email are more user-specific.

The report suggests when personal emails are shared, it may demonstrate a higher level of trust and openness between a couple.

The same results were seen among couples of all ages, though couples earning higher incomes were found more likely to share than those earning less.

Additionally, partners with kids were found more likely to swap passwords between them compared to those without children.

About one-fourth of couples in the survey group were found to share a single email account, but the report warns this figure is skewed by older couples, where nearly half share a single account between the two.