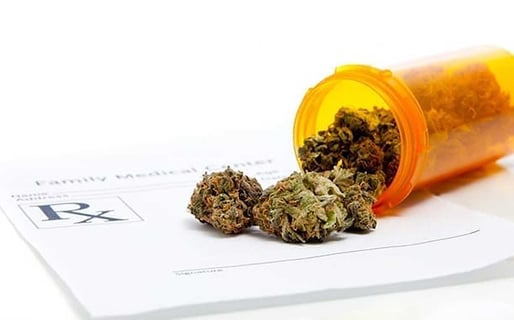 Turns out good ol’ Mary Jane might not be as beneficial as we thought for specific medicinal purposes. According to a new study, recent cannabis use in certain HIV-positive patients points to poorer quality of life socially, mentally and economically.

The study was published in the June 1 edition of the Journal of Acquired Immune Deficiency Syndromes.

The cross-sectional study, published in the June 1 edition of the Journal of Acquired Immune Deficiency Syndromes, suggests the recent use of cannabis among middle-aged and older HIV-positive individuals is associated with poor quality of life and mental health, lack of social engagement and unemployment.

Researchers and investigators from the United States were able to study a population of 359 patients, with a median age of 52 years and all taking antiretroviral therapy. Twenty-six percent of the individuals in the study reported recent cannabis use.

Further investigation proved use of the drug is associated with longer duration since HIV diagnosis increased chances of low income and smoking. HIV-positive cannabis users also had lower social functioning and mental health-related quality of life, with greater odds of being under or unemployed.

The Double-Edged Sword That is Cannabis

Cannabis has not always had a negative connotation in its association with HIV patients. While most studies were conducted before or soon after effective HIV therapy hit the market, researchers used to focus on its use as palliative therapy.

Patients would use it to relieve symptoms associated with HIV infection or treatment with antiretroviral drugs.

Prevention and management of diseases and conditions associated with ageing is so important because with the right care, HIV patients can actually have an excellent life expectancy. Unfortunately this study proves that cannabis adversely affects this ageing process.

Researchers of the study said “successful ageing,” what they define as the absence of disease, a high level of physical function, good mental and emotional health and high levels of social engagement, is affected by cannabis use in the HIV positive community.

“Among middle-aged HIV-infected persons on effective ART, the impact of RMU on successful ageing is associated with selected measures of both physical and mental quality of life,” the researchers said.

Furthermore, they emphasized that self-reported marijuana use could be enough to prompt an evaluation of social resources and mental health for older adults with HIV. Factoring marijuana into barriers of successful ageing may help improve the ageing process among other HIV-infected adults.

Although the snap-shot design of the study prevented the researchers from confirming the use of cannabis as a cause or just a symptom of the health problems among middle-aged and older adults with HIV, they believe their findings have implications for the care and examination of these patients.

This study is a call to action, if anything, to evaluate the mental health and social resources of older adults with HIV that admit to using marijuana.