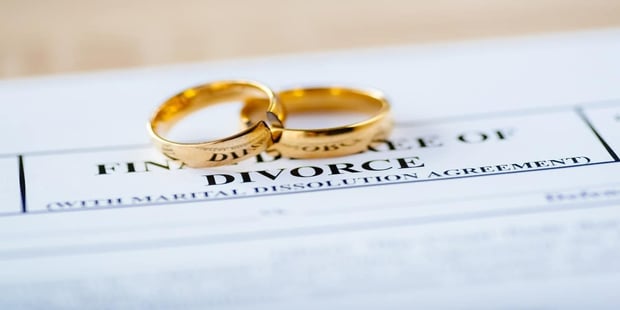 Divorce Rates Will Rise as the Economy Recovers, Study Finds

New research says the number of divorces in the U.S. is directly impacted by the state of the economy and predicts more couples will dissolve as they are better able to afford the process.

The study’s author, sociologist Philip N. Cohen from the University of Maryland, wanted to look at how the effects of the economy drive the U.S. divorce rate.

His findings will be published in the upcoming Population Research and Policy Review.

Cohen found the number of divorces dropped along with the markets in 2007. He points to some economists who viewed it as a “silver lining” to the recession, suggesting crimes of crisis will pull a couple together.

However, Cohen said the decline in divorces may be more related to the costly nature of the ordeal rather than speaking to the strength of a particular marriage.

that would have occurred did not.”

From 2008 to 2011, he estimates roughly 4 percent of divorces that would have occurred did not. That represents about 150,000 couples.

The study suggests that we can trace the economic recovery against the rising divorce rates nationwide.

“History shows that fluctuations in divorce rates resulting from changing economic conditions may reflect the timing of divorce more than the odds of divorce,” Cohen said.

According to sociologist Andrew Cherlin, of Johns Hopkins University, this is precisely what happened in the 1930s following the onset of the bleakest days ever seen for the U.S. economy.

”The divorce rate dropped during the Great Depression not because people were happier with their marriages, but because they couldn’t afford to get divorced,” he said. Read more here: ucla.edu.