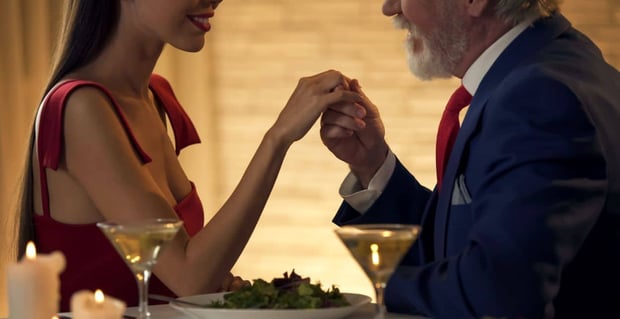 Facebook is providing some incredible insights into dating patterns based on their vast number of user profiles.

The findings in a recent report found on average men are two years older than the women they date.

Looking at both U.S. and international profiles, the company revealed some interesting data as part of their week-long Valentine’s Day series.

Men were 2.4 years older – with 67% of couplings involving a younger woman and an older man.

The data has been compared to the World Economic Forum’s Global Gender Gap (GGG) report to measure gender gaps in different regions.

In the GGG, a lower rating indicates a greater difference in age.

Analysts at Facebook Data determined that lower GGG ratings did correlate with higher age gaps in couples based on their profile research.

For instance, Arab countries displayed the highest gaps in age – on average around five years between the man and woman. Meanwhile, Finland and Norway were among those where the age gap was least dramatic.

Overall, the age gap was found to grow when involving older couples. While seniors might be separated by a decade or more, younger couples were more likely to be significantly closer in age.

Couplings among people of the same age is often referred to as the “school effect,” where such pairings are most likely to first occur.

This effect is most seen in Australia, where an average of only 1.8 years was noted, marking it as the region of the world with the least average age difference between partners.