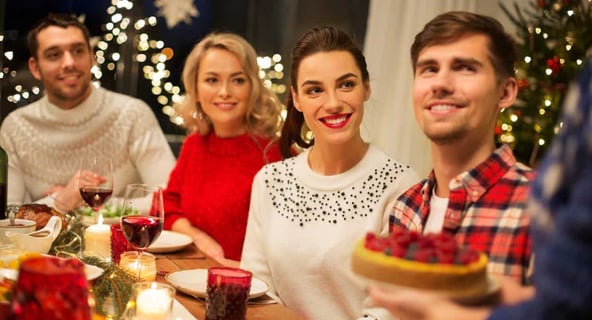 Though popular culture will have you believing it’s almost a social law that men don’t like their wife’s family, in reality, that’s not always the case. Some men get along with their in-laws much better than others, and a husband’s choice to develop that relationship dramatically decreases the chance of a divorce, according to a study.

The results of the study couldn’t have been any more conclusive. Starting in 1986, Terri Orbuch, psychology and research professor at the University of Michigan, tracked 373 couples over the first year of their marriage and periodically checked in with them since the study began.

Now, 26 years later, Orbuch has compiled her research and found a number of interesting conclusions about what makes one marriage work and another marriage fail, not least of which is the positive role a man’s relationship with his in-laws can play with his relationship’s longevity.

in a much lower risk of divorce–but not the other way around.”

Oddly enough, while a man’s close relationship with his in-laws increases the chance of marriage survival by 20%, a woman’s relationship with her in-laws works in the opposite direction. Orbuch found that women who had close, personal relationships with their husband’s parents resulted in a 20% greater incidence of divorce.

Orbuch hypothesized this was because women may consider their in-law’s opinions to be “meddling, while men are more interested in providing for their families and take their in-law’s actions less personally.”

Women are also more likely to value a man’s attempts to bond with her parents more than her husband would value her similar actions, according to Elizabeth Bernstein, a columnist at the Wall Street Journal.