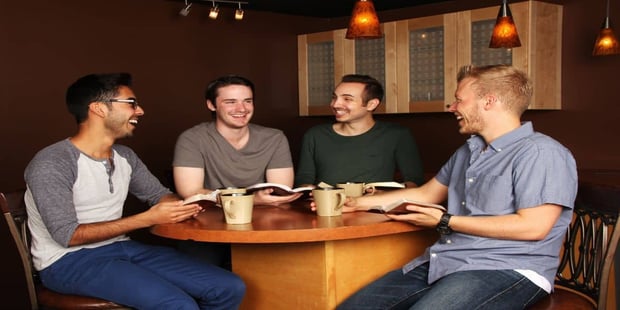 It’s a common saying that “Men don’t understand women,” but new research seems to back up this statement.

A study conducted by Boris Schiffer at LWL Hospital in Germany found men may have twice as much difficulty reading a woman’s emotions based on her eyes as they would with another man.

The study involved 22 men aged 21 to 52 who underwent magnetic resonance imaging during the testing. They were then presented with photos of eyes belonging to 36 individuals – half men and half women.

The pictures ranged in emotion, with some negative, some positive and others neutral. When asked to chose between two words that would best describe the emotions being felt by the pictured person, the men fared far better with their own kind.

staring at male eyes as opposed to female.”

When gauging emotion from a female set of eyes, the men spent more time deciding on which emotion she felt than with male eyes. They also had less of a success rate with the fairer sex.

The MRI results showed men experience different brain activation when staring at male eyes as opposed to female. The portion of the brain linked to emotions actually lit up more strongly in response to male eyes.

The research concludes men may have less inherent empathy toward women. The study also considers this differential is essentially hard-wired from our evolutionary past.

“As men were more involved in hunting and territory fights, it would have been important for them to be able to predict and foresee the intentions and actions of their male rivals,” according to the study.