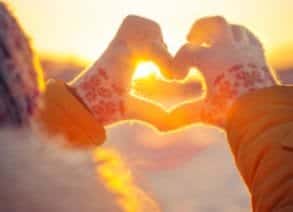 Research has already shown married people are generally at a lower risk of heart disease compared to singles, but a new study has found there also is a cardiovascular advantage.

Medical records from more than 3.5 million Americans were analyzed as part of a New York University study, with each subject evaluated for heart disease and circulation issues in the limbs.

“We found that being married was associated with lower risks of cardiovascular disease in general,” said study researcher Dr. Carlos Alviar, a cardiology fellow at NYU Langone Medical Center.

Several factors common to those suffering from heart disease were also tracked in the research, from smoking and body weight, to high blood pressure and Type 2 diabetes.

The study adds the largest numbers so far to the growing consensus among researchers that marriage is a healthier lifestyle, at least statistically.

One difference that sets this research apart from many earlier studies is the lack of difference noted between the genders. Usually married women are found to experience less of a health benefit from being wed than their spouses do. No such difference was noted in this report.

“Married men and women have 5 percent

less of a chance of vascular disease.”

Some men, the study suggests, are coaxed by their wives into perhaps keeping more doctor appointments than they otherwise would. This and other traits of marriage may be playing a practical role in the results.

“Maybe married people look out for each other,” said Dr. J. Jeffrey Marshall, who reviewed the study. “They may exercise together. Your spouse may help you watch your diet.”

Of the medical histories reviewed, about 70 percent of the subjects were married, with a nearly even split of the remaining being either divorced, single or widowed. Ages ranged anywhere from 21 to 102.

According to Alvair, married men and women have about 5 percent less of a chance of vascular disease overall compared with singles.

Alviar presented his findings at the American College of Cardiology.