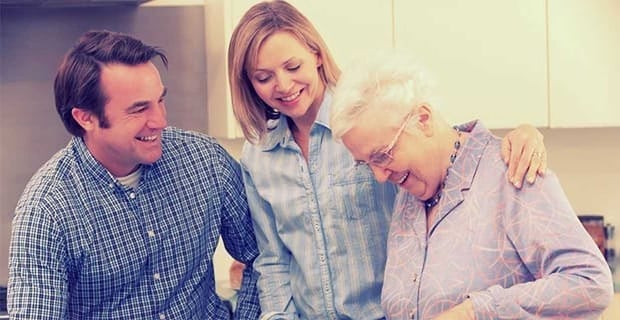 Men More Likely to Marry Women Who Look Like Their Mothers

While it’s been a cultural assumption men and women are attracted to mates that remind them of their opposite-sex parent, a new study (titled Sexual Imprinting on Facial Traits of Opposite-Sex Parents in Humans and published by researcher Urszula Marcinkowska) found men are even more likely to seek out women who look like their mothers than women are likely to find men who look like their fathers.

Marcinkowska noted this discrepancy may occur because men are more visually oriented than women, though she noted it’s irresponsible to draw too many conclusions regarding sexual selection, especially considering the increasing prevalence of interracial relationships, stating:

“One should always be careful with interpretation of studies on sexual selection of humans…it is important to make people realize that these are averages for a certain group, not one fixed way that all humans should follow.”

“This discrepancy may occur because men

are more visually oriented than women.”

However, Marcinkowska did note her study’s findings aligned with many valid theories surrounding sexual selection.

In looking at the 70 married couples evaluated within her study, Marcinkowska emphasized it was natural for individuals to “use the phenotype of their opposite-sex parent as a template for acquiring mates.” But she cautioned against any interpretation of her study that seemed to validate the psychological Oedipus complex, clarifying her study was “far from saying men would like to have sex with their mothers.”