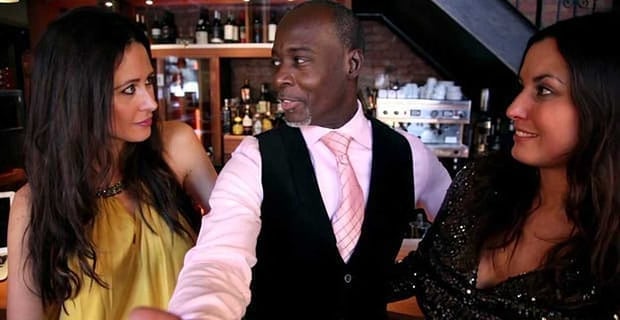 Most Sexual Advances Made in Clubs are Unwelcomed

Fascinating new research is exploring common male behavior in a nightclub or bar setting and how a pack mentality seems to play a role in allowing unwanted sexual advances toward women.

The results, which were published in the journal Alcoholism: Clinical and Experimental Research, showed a disturbing level of questionable and even illegal activity, usually dismissed as just a typical Saturday night.

Something about the environment allows some men to feel safer when pushing that envelope, according to study researcher Kathryn Graham, a senior scientist at the Center for Addiction and Mental Health at the University of Toronto.

She and her colleagues began studying this behavior following repeated incidents of violence and aggression in Toronto, specifically in its thriving nightclub community.

Graham’s team trained 148 observers to identify certain aggressive behaviors at clubs. Over the course of the study, they cited 1,057 aggressive incidents across 1,334 visits to various area bars.

After one-fourth of those incidents were determined to be sexual in nature, they decided to look more closely at what allows for this behavior to go unchecked.

They quickly pinpointed that in nine out of 10 incidents, it involved a man making unwanted sexual advances toward a woman.

The remaining 10 percent were a blend of same-sex incidents or those where women made unwanted advances toward men.

“Nine out of 10 incidents involved a man making

unwanted sexual advances toward a woman.”

The behavior ranged from grabbing women around the waist from behind, groping their breasts while brushing past them or repeatedly trying to bump and grind with them on the dance floor.

Perhaps more disturbing is the fact the offending parties were only ejected from the establishments once for every 258 incidents.

“If that happened in a subway or at a university cafeteria or something, they’d call the police,” Graham said. “People would have consequences. But somehow, in bars it’s become very normative, and guys are able to get away with doing this sort of thing.”

In one-third of the incidents, the observers believed it was definitely “clear” to the man the woman involved did not wish the contact to occur.

Further, in most of the remaining cases, the men were still thought to have probably known it was an unwanted advance.

“For about a third of them, it was clearly intentional aggression,” she said. “When you walk through a bar and grab a woman’s breast and keep on walking, it’s not some sort of misperception that she wants him to do that.”

The researchers believe the root cause is likely cultural in nature, at least in part.

Gifts in Exchange for Sex Seen as Acceptable