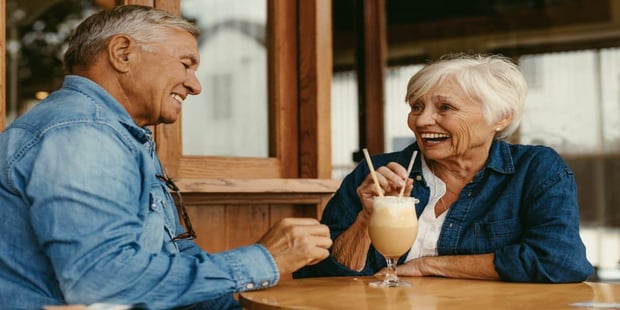 Young people are now growing up in an era when Facebook and Twitter allow almost anyone to check out a date in advance, and it looks like this may cause an age-old tradition to slowly fade out: the blind date.

In a recent DatingAdvice.com study, Americans aged 65 and older were almost three times more likely to go on a blind date than those aged 18 to 24.

Roughly four in 10 Americans said they’ve been on such a date, but older Americans dominated the field.

About one in three respondents in the 25 to 34 age group answered in the affirmative. From there, the figures continue to rise along with the respondents’ ages, with more than half of those between the ages of 54 and 64 having been on a blind date.

“Americans aged 65 and older were three

times more likely to go on a blind date.”

In terms of gender and sexuality, men and homosexual respondents were also among the most likely groups to participate in this type of date.

The results show marital status may be another significant factor, as singles had a 73 percent lower likelihood of going on a blind date than divorcees.

People earning less than $25,000 a year were also one of the least likely demographics to take part in a blind date, especially compared to those earning between $50,000 and $74,999 annually – 32 percent versus 54 percent, respectively.

Among ethnicity, one in three Hispanics have been on a blind date, but almost one in two Caucasians have.

The Breakdown: Americans Who’ve Gone on a Blind Date

43% of Americans Have Gone on a Blind Date