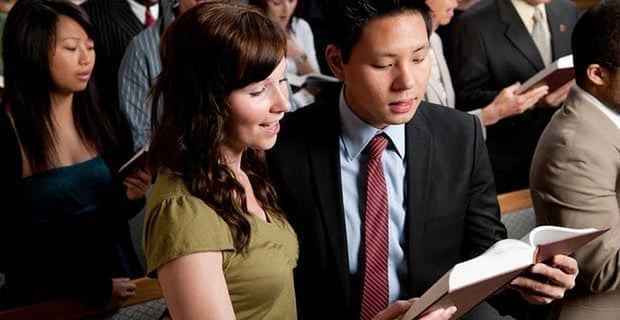 Does your sex life need a dose of religion? It might be helpful, according to a new study.

A research team from Portugal recently examined, among other things, how often people attended church in relation to their love life. Perhaps surprisingly, they found frequent worshipers also reported being most satisfied in the quality of their sex life.

A team from the University of Porto surveyed more than 1,200 men and women for their report. All were Portuguese and between the ages of 18 and 90. They were queried on a number of subjects surrounding life, love and even methods of seduction.

That’s right, men who displayed jealousy or played mind games with their partners also reported being highly satisfied in the quality of their sex life.

The study’s researchers speculate on why these two seemingly different experiences might arrive at the same result.

“People who enjoy higher levels of well-being and have harmonious social relationships also tend to be more content with their love lives,” said Félix Neto and Maria da Conceição Pinto.

Men who are manipulative or possessive, on the other hand, may be more inwardly focused toward their own desires and satisfaction.

Additionally, researchers found people who identify as being currently in love report higher sexual satisfaction next to those just dating. Divorced participants were found to be less sexually satisfied compared with married or cohabitating couples.

People’s Attitudes Toward Sexual Behaviors is Predictive of Their Religiosity