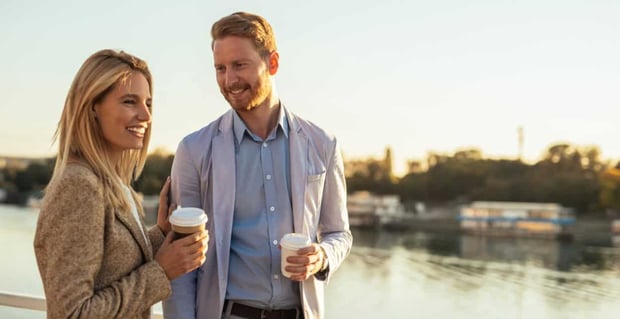 Depending on different factors, people who have sex right away may see the act as a rite of passage or an unforgivable sin, often unfairly drawn down gender lines.

But as social mores and moral interpretations are advancing, some of those lines are becoming blurred.

In the latest DatingAdvice.com study, 5 percent of women with high incomes said it’s OK to sleep with someone on the first day of meeting them.

Overall, 2 percent of women said they were fine with having sex immediately after meeting someone.

At 10 percent and 6 percent, Asian-Americans and Northeasterners were also likely to have no problem with the idea, respectively.

On the flip side, just 2 percent of Caucasians, African-Americans and Hispanics and 1 percent of Southerners and Westerners answered in the affirmative.

said it’s OK to sleep with someone on the first day.”

Married respondents had some of the lowest responses. Four percent of singles think it’s OK to sleep with someone within 24 hours of meeting – twice the rate of married men and women.

In terms of sexual orientation, straight Americans were twice as likely as gay men and lesbian women to say it’s perfectly acceptable to have sex with someone on the first day of getting acquainted.

The Breakdown: Women Who Would Have Sex with Someone on the First Day