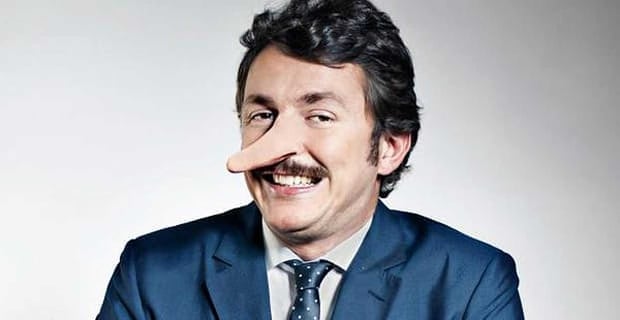 Sex is often considered “the ultimate goal” in the dating game. People will go to great lengths to have it, risking life, limb and dignity for some loving.

For others, sex is something they often find themselves avoiding. These folks will go so far as to lie to get out of doing the deed.

But who is it that’s faking the headache?

In our latest DatingAdvice.com study, we surveyed more than 1,000 Americans to find out if they’ve ever lied in order to avoid having sex. The results were surprising.

Our research found one in three men – a whopping 31 percent – have lied to get out of having sex.

With the stereotypes we’re all familiar with, why would this be?

We asked Gary Lewandowski Jr., chair of the department of psychology at Monmouth University and co-creator of ScienceofRelationships.com, for his thoughts on the results.

“One in three men have
lied to get out of having sex.”

He offered a couple explanations, the first being people commonly lie to benefit someone close to them.

“A guy may lie to get out of sex to benefit his wife or girlfriend by avoiding hurting her feelings,” Lewandowski said.

This could be in cases when the man isn’t in the mood, he isn’t in love or he doesn’t feel aroused by his partner. “[A man] may not want to tell his partner that and risk her feeling bad,” he added.

Another possible scenario in which men would lie to avoid having sex is if they have concerns about their sexual performance. If they feel they won’t be able to perform or meet certain expectations, they could lie to avoid embarrassment.

This study also found 50 percent of women have lied to get out of having sex.

According to Lewandowski, this difference between men and women is consistent with research showing men have a higher sex drive than women. Thus, men are less motivated to get out of having sex.

Lied to Get Out of Sex? 59% of Americans Are More Honest Than You