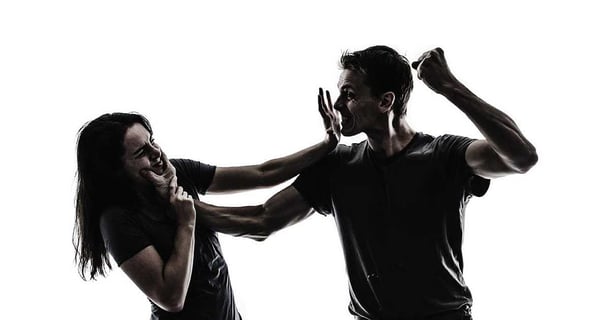 Study: 49% of Teens Who Date Have Experienced Domestic Abuse

When we talk about domestic violence, a lot of the focus tends to be on adults, and the incidence of abuse within the teenage dating sphere often goes unnoticed.

Unfortunately, new research has found some astounding statistics and facts that prove just how concerning younger generations are when it comes to the combination of conflicts and relationships.

Nearly half of teens who have been in a relationship have experienced dating violence.

The new study, presented at the American Psychological Association’s meeting in Honolulu as part of a panel discussion on dating violence, found nearly half of teens who have been in a relationship have experienced dating violence.

Based on 2011 and 2012 data from a Growing Up with Media survey of 1,058 teens between the ages of 14 and 20, researchers concluded that 49 percent of adolescents who have dated someone have been victims of violence at least once in their lives and 46 percent have been the perpetrator.

Abuse is More Than Physical Harm

Although the most identifiable form of abuse is physical violence, there is also mental, physical, sexual and even digital harm that happens within teen relationships.

Emotional abuse seems to account for a large majority of the study’s results as it can come in various forms ranging from verbal name-calling to psychological manipulation.

The rates of physical and sexual abuse are much lower. The study found 21 percent of those who had dated someone said they fell victim to physical abuse, while 8 percent reported sexual harm.

Contrary to popular belief, the overall rates of teen dating violence are similar for boys and girls, according to this study.

Twenty-nine percent of girls and 24 percent of boys said they played the role of both victim and abuser.

Researchers even discovered there was a lot of overlap in those who had been abused and those who were victim to it.

In fact, 29 percent of girls and 24 percent of boys said they had played the role of both victim and abuser, whether that be in the same relationship or in different ones.

Because of this, the American Psychological Association’s researchers suggested during the presentation of this study that violence be looked at in a more specific angle than just categorically.

In other words, the classifications should not simply consist of “perpetrators” and “victims” because it can lead to ineffective prevention.

Just as other events and experiences from our childhood can indirectly affect future occurrences, the same goes for violence experienced at an early age. Almost a quarter of women who reported experiencing some type of partner violence in their lives said they first experienced abuse when they were younger.

As if being a victim of violence from a partner isn’t bad enough, it can lead to things like depression, suicide, anxiety and substance abuse issues into adulthood. Domestic violence is nothing but a domino effect of tragic events and physical and mental harm.