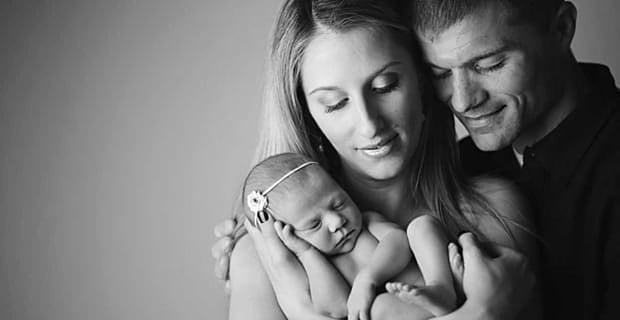 Problems with fertility can be very difficult for couples at any age. Struggling to build a family can easily take an emotional toll on both partners.

However, new research is suggesting couples who stay together and ultimately have a baby are considerably more likely to remain together.

Researchers looked at data from nearly 50,000 women experiencing fertility difficulty between 1990 and 2006. It was compiled using both the Danish National Patient Registry and the Danish IVF (in vitro fertilization) Registry for each year.

Follow-ups were conducted with most subjects for several years after their initial treatment, with marital status being one of the standard questions.

They found women who did not give birth (47 percent ) were three times more likely to split from their partner by the time of the study compared to those women who did have a child.

“Women who did not give birth were three

times more likely to split from their partner.”

“Our findings suggest that not having a child after fertility treatment may adversely affect the duration of a relationship for couples with fertility issues,” said lead researcher Trille Kristina Kjaer, of the Danish Cancer Society Research Center.

Kjaer said further research should be conducted to see if issues like relationship quality or the overall well-being of individual partners are impacted by going through fertility issues together.

Couples who experience fertility difficulties have been shown in earlier research to pay a cost both physically and psychologically.

The Centers for Disease Control in Atlanta reports about 11 percent of women in the U.S. will continue experiencing difficulty getting pregnant with their partner, even after a year of having unprotected sex.