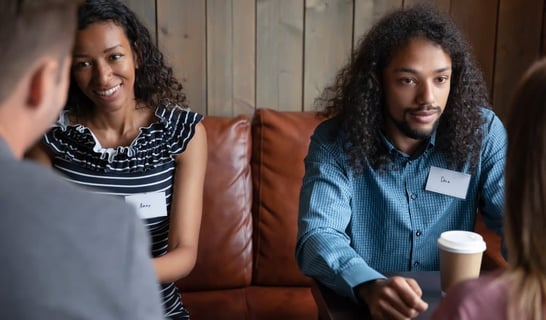 Does a fear of not being considered attractive by someone of a different race deter people from interracial dating, even online?

That’s the thinking behind a new study aimed at better understanding this divide, one which appears more sharply drawn among online daters.

Sociologist Ken Lewis, of the University of California at San Diego, led the effort by charting 126,000 new members at an online dating site over the course of 10 weeks.

By examining the responses each member received as well as which ones he or she replied to, Lewis was able to pinpoint some surprising patterns.

While he found most users only rarely strayed from their own racial background, whites were considerably more likely to step outside those boundaries.

Whites were also more likely to seek out a partner of another race than Indians, Asians, Hispanics and African-Americans.

“Once approached by a member of a different

Lewis said fear might be a driving factor here, with users uncertain they will be found appealing to those members. The initial contact seems to help alleviate those concerns.

Once approached by a member of a different race, a person’s likelihood of responding to future contacts from within that same race more than doubled.

White members, both male and female, initiated more contact among each minority groups than even members of the same minority. Though whites were more predominant in the study group, Lewis said that alone does not explain the numbers.

African-Americans, Hispanics, Indians and Asians were each found considerably more likely to stick within their own race when searching out a potential partner.

The lone exception to this was among Asian females, who proved more likely to seek out a white partner over an Asian one.