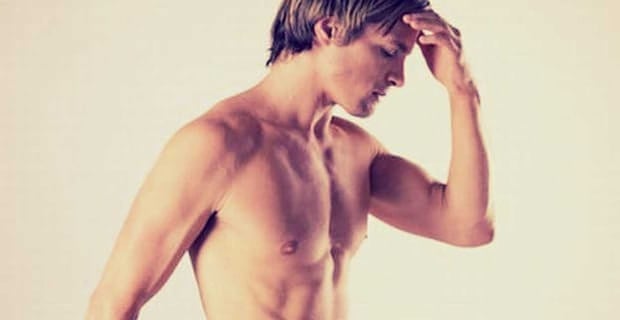 Traditionally masculine features, including a sharp jawline, have often been attributed to a woman’s attraction for one man over a more feminine-looking potential mate. Yet a new study suggests a man’s attractiveness has less to do with rugged features and more to do with body fat measures.

South African scientist Vinet Coetzee, at the University of Pretoria, took face and body photos of 69 male volunteers. Coetzee also took a few measurements of those men, establishing each man’s body fat percentage and the level of testosterone in their blood. These photos were then shown to 29 women (heterosexual) who were all at the same (fertile) stage in their menstrual cycle. These women were asked to judge the men’s attractiveness. In addition, 20 other women were shown photos of the men’s faces and rated the men’s masculinity, and 14 other women were shown the men’s face photos and rated each man’s level of facial fatness.

The results were clear — women found the men with lower body fat levels more attractive than the overweight men.

In most of the literature, traditional masculine features were considered the basis for attractiveness between men and women because these features were thought to demonstrate an individual’s high level testosterone levels. However, Coetzee’s new study found testosterone levels had more to do with an individual’s body fat percentage and their weight than with masculine features, suggesting lean males demonstrate a more attractive and appealing hormone profile for fertile females than men who were simply born with a pronounced jawbone.