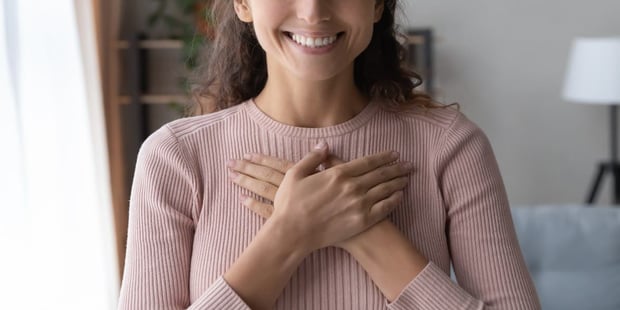 The More You Idealize Your Partner, the More Distant They Will Become

Thinking highly of your romantic partner may be good for the relationship, but a new study warns about over-idealizing your partner.

Scholars from four different universities collaborated to examine the effect of being too much of a cheerleader for your significant other. They wanted to specifically understand the types of qualities men and women choose to promote and how it impacts the person being praised.

More than 300 married, dating and engaged couples were involved in three different experiments.

In one test, a partner was erroneously led to believe their significant other spent time listing their qualities on paper. Later on, researchers would gauge the physical interaction between the couple, including how closely the misinformed partner chose to sit to their partner.

Compared against a control group, the praised partner was found to sit much farther apart from their own partner following the misinformation, which the study’s authors see as a significant effect on physical intimacy.

“The idealized partner sat much

farther apart from their partner.”

“Our interpretation was that people were distancing themselves because they thought their partners had over-idealized them,” said co-author Jennifer Tomlinson, of Colgate University.

In another experiment, each partner was asked to rate their own traits, such as moodiness or being upbeat, and qualities, such as musically-inclined or good with money. They were then asked to estimate how their partner would rate them.

“For dating couples, there’s a totally linear effect for feeling idealized on traits: the more idealization, the better,” Tomlinson said. “But when it came to abilities, it was only good to feel idealized up to a certain point — and once it got too far beyond that, people started to feel uncomfortable, which had detrimental effects on relationship satisfaction.”

The study’s authors include scholars from Brooklyn College, the University of Rochester in the U.S. and the University of Waterloo in Canada. The study appears in the Journal of Social and Personal Relationships.