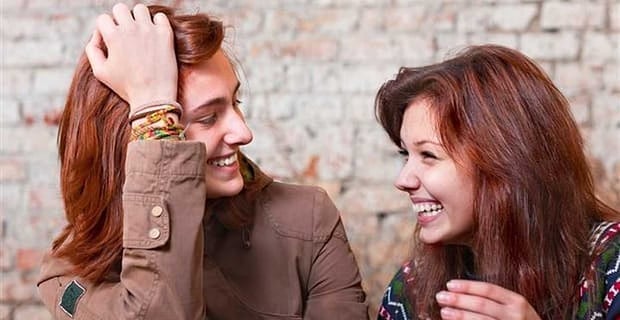 Women Will “Check Out” Other Women, Study Confirms

Many people believe they can sense when someone is staring at the them. Women, specifically, are often aware of an objectifying gaze aimed in their direction.

New research has attempted to better understand the mechanics at work when leering and what it usually represents from both sides of the view.

The study, conducted by University of Nebraska-Lincoln psychologists Sarah Gervais and Michael Dodd, used eyetracking software to map men and women as their eyes lingered on women’s bodies.

When subjects were asked to focus on the woman’s appearance, the eyes were found to quickly move to either the breasts or other sexualized parts of the body.

Surprising, much of the same behavior was observed among the eye movements of both men and women in the experiment, meaning women were also quick to check out the desirability of another woman.

“Women were quick to check out the

desirability of another woman.”

Men were found to not observe less curvaceous women quite so blatantly, whereas this did not impact how female participants viewed the women.

Sixty-five college students were enlisted as the study’s eyeballs. Each was asked to observe photographs of women and rate their attractiveness.

The images were manipulated ahead of time to enhance or decrease certain body features for comparison.

Gervais said while the results matched up with anecdotal evidence, but she was surprised at how strongly a woman’s visual pattern can suggest objectifying another women.

“We do have a slightly different pattern for men than women, but when we looked at their overall dwell times – how long they focused on each body part – we find the exact same effects for both groups,” she said. “Women, we think, do it often for social comparison purposes.”