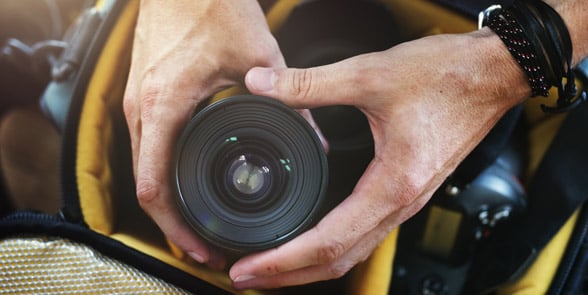 It seems Miley Cyrus and nudity have almost become synonymous.

Nothing surprises us anymore when it comes to the former Disney star because she has worn something from every end of the clothing spectrum. Whether it be a little piece of cloth or a see-through onesie, Cyrus is never afraid to bare it all.

Her most recent wardrobe venture involved wearing nothing at all, as she posed nude and covered in dirt on the front of Paper magazine hugging her pet pig, Bubba Sue. At least she is promoting a good cause, using the interview to highlight her work with the non-profit organization Happy Hippie Foundation.

We can’t say we’re shocked that she posed nude with a large animal for the world to see because let’s be honest — it’s nothing we haven’t seen before.

Here are 7 of Cyrus’ raciest outfits that always remind us she is not the innocent, G-rated Disney star she once was:

This was a defining moment for all of us because we think this was when we realized she’d completely lost sight of the old Miley Cyrus. Prior to grinding on stage with Robin Thicke (a married man, let’s not forget), she sported a strange silver leotard that had the face of a high teddy bear on the front.

What was under the leotard is even worse. She stripped into a nude-colored, latex two-piece that really stirred the pot because it really didn’t cover much at all. She proceeded to grind on a foam finger and twerk on giant teddy bears onstage. Cute, right?

After hitting the stage in a scandalous corset outfit, Cyrus got even more racy and decided to change into a see-through mesh mini-dress. Let’s just say that fur and mesh is not the best combination in the world.

Underneath the dress, all that’s saving us from a nude show are her nipple pasties and barely-there bottoms. She might as well have left the “dress” back at home because it makes no difference.

There are a lot of things you can do in the nude, but something that only Miley Cyrus would do is swing on a wrecking ball with boots on. Her music video for her song “Wrecking Ball” even shocked fans who were used to Cyrus’ nonsense.

Since she already posed nude with this large piece of metal, it’s only appropriate she poses nude with a pig. Who knows what she will do next, but what we do know is she won’t be clothed in the slightest.

When Cyrus made a stop in Miami for her Bangerz Tour, she showed her love for “herbal supplements” in this revealing onesie covered in marijuana leaves. Wear your heart on your sleeve, they say.

The high-cut crotch area of the outfit, combined with the marijuana leaves and her gold chain, all make this get-up a very scandalous one. Don’t even get me started on the backside of this piece. It’s more than cheeky.

Front boob, side boob, under boob … Cyrus sports it all in this revealing Tom Ford dress she wore to the amfAR Gala in 2014. This 50 Shades of Grey-esque look is far from your typical evening gown.

It’s very ballsy to wear something so risque to such a high-end event, but at least she covered her bottom half. Barely covering her chest with a top entirely made of sequined straps, we think everyone was anticipating a nip-slip.

The former childhood star sported one of her most shocking looks yet during her performance at the Adult Swim Upfront party, risking another nip-slip and singing controversial, raunchy lyrics.

The “Wrecking Ball” singer allegedly lit up a joint and invited the media-heavy crowd to smoke with her while she sang in a transparent butterfly outfit of sheer tights and pasties. Maybe Cyrus should lay off the herbs.

Donning a leather dress with cutouts and pink heart-shaped pasties over her nipples, Miley Cyrus stole the show when it wasn’t even hers to have. This may have just been a backstage outfit, but it was still too risque for such an event.

While inducting Joan Jett into the Rock and Roll Hall of Fame, Cyrus wore a body-covering black ensemble, but that doesn’t change how revealing her other outfit was. Oh Miley, when will you ever learn.

We’ve had the opportunity to watch Cyrus evolve over the years from a sweet, innocent Disney star into a very vulgar and scandalous young adult, but she claims this is who she wants to be. She’s confident and transformed, and that’s definitely evident in her choice of wardrobe. Keep on wreckin’, Miley.