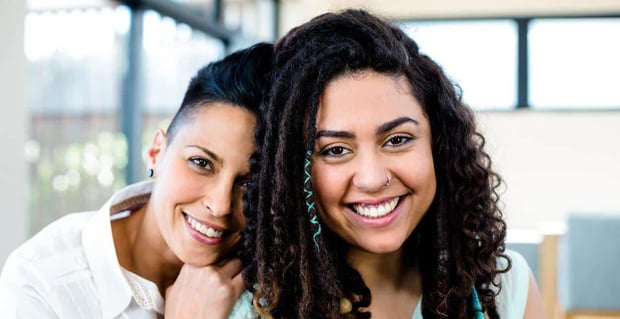 Let’s face it, 2012 has been a great year for lesbians. The sky’s the limit when it comes to being a woman who’s in to women and having a gangbuster career people admire.

Here is a list of 2012’s top five best lesbian role models and why we chose them.

Maddow became the first openly gay anchor of a prime-time news program in the United States, and for that, we put her at the top of the list.

Best known for her portrayal of Miranda Hobbes in the HBO series “Sex and the City,” Cynthia Nixon has received two Emmy Awards, a Tony Award, a Grammy Award and a GLAAD Media Award.

After nearly a decade of marriage to photographer Danny Mozes, Nixon came out in 2004 and is now married to education activist Christine Marinoni.

Nixon has taken a public stand supporting marriage equality, and for that, we rank her one of the best lesbian role models.

“Being a successful lesbian in America can make

you one of the best role models for our country’s youth.”

Easily the most famous lesbian in American society, Ellen DeGeneres came out publicly in a 1997 appearance on “The Oprah Winfrey Show.”

A Tennessee-native best known for her portrayal of President Taylor on the Fox series “24” and Dr. Judith Evans on the current NBC drama “Awake,” Cherry Jones has been a longtime fixture in gay Hollywood.

She is an Emmy and Tony Award winner and the Point Foundation, the largest scholarship-granting organization for lesbian, gay, bisexual and transgender students of merit, will award Jones with its Courage and Inspiration Award.

As the first major country music performer to publicly come out as gay, Chely Wright rounds out our list for the top five best lesbian role models.

A gay rights activist, Wright has sold more than one million albums in the United States as well as written songs that have been recorded by Brad Paisley, Richard Marx, Indigo Girls and Mindy Smith.

Wright has said the reasons for publicizing her homosexuality is a concern with bullying and hate crimes toward gays — particularly gay teenagers.

Whether you’re a news anchor, actress, talk show host or country music sensation, being a successful lesbian in America, especially one who takes on important causes and activism, can make you one of the best role models for our country’s youth.