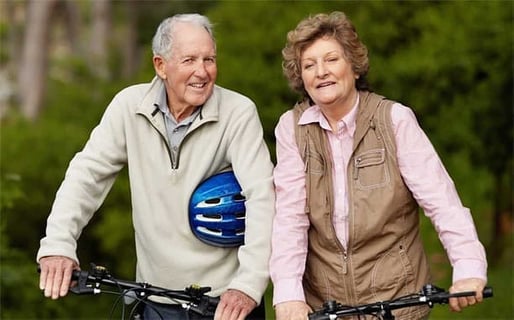 In 1971, a marketing campaign for Loving Care’s “Nice & Easy” hair color hit the airwaves with words for women that were worth millions of dollars in product sales: “You’re not getting older; you’re getting better.”

The campaign was so successful and memorable not because it told older women what they wanted to hear, but because it struck a chord of truth that had been ignored for far too long.

Until then, women’s liberation had been the exclusive territory of young and upcoming women. But seven simple words reminded women of every age that they were still vital and worthwhile human beings with much to offer.

Millions of women found new vigor and zest for life by simply coloring their gray hair to a more youthful shade and giving up the granny fashions for those that exuded more power and value.

Today, women routinely stay engaged in careers and meaningful roles until retirement and well beyond. And senior men could not be more delighted with the pool of women in their peer group.

When it comes to senior women, what’s not to like?

1. Maturity has its perks.

Men are all too familiar with the feeling that they are valued less just as they reach the peak of their knowledge and ability.

When they should be running the company, they are relegated to subordinate roles under some clueless young newbie with a freshly minted MBA or farmed off to a smaller location or into retirement. It’s senseless, but it’s the reality in the business place way too often.

Women are often written off in their careers for the same reason, but their social value also depends much more on youth and beauty than a man’s.

While that may be true to TV advertisers and casting agents, it is not at all true for the men their own age. They fully understand and appreciate the traits that can only be found in a real woman of experience.

“The commonality a senior woman

offers is much sexier than a supermodel.”

A senior woman’s eyes have the same tenderness, warmth and appeal as those of a younger woman, but a man can also see so much more that lies beneath the surface. The lights are on, and somebody is home, too.

It is very comforting to a mature man to find a woman who is done with the silly games, mood swings and superficiality that are part of youth for all men and women.

Senior men have discovered what is really important to a smooth and rewarding life, and so have senior women. Senior men and women share a more compatible world view, and their cultural histories have common threads.

They grew up enjoying the same music, living through the same political events and learning to achieve the same goals by following the same values.

They can talk about subjects they both enjoy and understand and challenge each other intellectually, which is very important to a man.

Soul mates have to be simpatico on many levels, and this gives senior women a big advantage with senior men.

The stability and depth of human understanding also carries over to the sexual realm. Most men, by the time they have raised a family and survived the trials and tribulations of a relationship and life, have adopted the kind of mindset women learned by the time they were 30: Love and sex cannot really be separated.

Multiple partners and “stranger sex” that once seemed so intriguing have lost their appeal for most senior men. The ability to connect sexually with one woman who loves and understands you is the most satisfying and highest high a man can achieve.

And, of course, there are no games or qualms about it. A senior woman knows when she is ready to commit sexually to a man, and she will give herself completely. The sexual act is also a real commitment for a man at this point too, and it is not a bond he will take lightly.

The trust, loyalty, commitment, commonality and true partnership that a senior woman offers a man is much sexier than a supermodel in a skimpy bikini.

How to Ask a Senior Man Out (In Person, Online, Through Text)

What Every Senior Single Has in Common

What to Do When She Doesn’t Want to Marry You