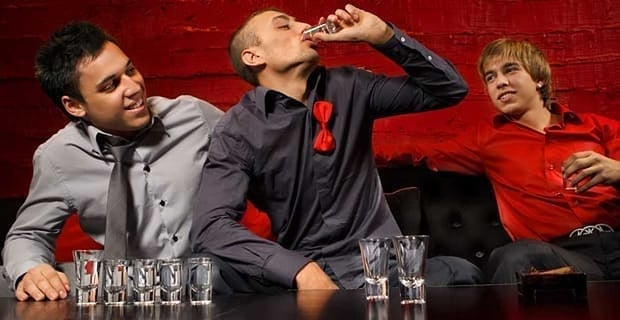 NYC is well known as a mecca for gay men, and with good reason. Your average Manhattan or Brooklyn establishment features a decidedly mixed gay/straight crowd, and NYC continues to provide a home for some of the world’s greatest gay bars.

If you’re interested in checking out the gay night scene in NYC, consider the following must-visit destinations.

There’s nothing subtle about Splash, arguably NYC’s flashiest gay bar. A true fixture of the Flatiron district, Splash features a huge two-story layout that prizes spectacle and excitement over the lower-key and underground elements of NYC’s gay scene.

With a strict policy of only hiring hotter-than-hot bartenders and making sure the club’s floors and tables stay stocked with go-go boys shaking it for dollars, the higher-ups at Splash settled its internal “style vs. substance” debate a LONG time ago.

Needless to say, Splash is a big hit for tourists, and putting in your time on its glittered floors is often considered a rite of passage for NYC’s gay youth.

If you’re looking for a little more class, then you need to head to Hell’s Kitchen to check out Therapy. The crowd is fairly diverse at Therapy, but overall, you can count on checking out plenty of well-groomed men at this recently renovated lounge.

Therapy is more “scene” than Bridge & Tunnel and caters to local professionals looking to unwind with a combination of cleverly-designed cocktails, surprisingly decent food and a wide range of free in-house entertainment ranging from DJ sets to drag shows to Open Mic nights.

“The Stonewall would likely maintain its

standing due to its friendly neighborhood.”

There’s a lot to like about The Monster. Located in the West Village, this bar offers a little bit of everything, pulling double duty with a vintage piano bar and lounge on the first floor and a thumping dance floor buried in the basement.

Top to bottom, The Monster mixes the modern with the old school, spinning everything from classic disco to modern electro pop in the basement and giving modern performers a setting described as “Liberace’s Living Room” on the ground level.

The Monster is one of those gay bars where anyone can meet anyone on any given night of the week, making it a long-standing favorite among locals.

There are plenty of good reasons to settle on Eastern Bloc the next time you want a great night out on the town.

Maybe you’d rather stay in the East Village instead of heading out West or up to Midtown. Maybe you prefer your men a little on the hairier side of the equation. Or maybe you just want to drink and dance among vintage communist decor.

Eastern Bloc was well known for being the place to go to find a young and bearded bear, and the club hasn’t lost any of its charm since exploding in popularity due to its proprietor Maisani’s relationship with recently-out Anderson Cooper.

Even though this bar will always receive honorary inclusion on any list of the best gay bars in NYC due to its role as the founding location for gay activism in the U.S., The Stonewall would likely maintain its standing as one of NYC’s best gay haunts due to its friendly neighborhood scene and enjoyably dive-y aesthetic.

How to Meet Gay Guys Online