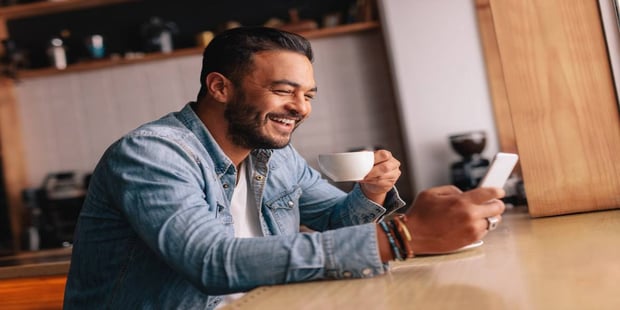 Did you guys see Amanda Bynes when she was all over Twitter? She actually tweeted, “I want Drake to murder my vagina.”

Tweets like these can be fun to laugh over and share, maybe give it a casual thumbs up while scrolling by. But a social media post can become serious business when it involves people discussing their personal lives without filter or forethought. Anything you post on Twitter or Facebook is public knowledge.

You meet somebody. You become obsessed with them. They’re not responding to you the way you want.

Whatever you put out there on public space can be seen by future girlfriends. The more you put out there that’s crazy, the more people are going to steer clear of you. They can’t risk connecting with a person who isn’t 100%. And your Twitter feed may not be sending good vibes if you’re constantly ranting, venting, shaming, blaming, or just plain shitposting.

“You don’t want to give anybody ammunition

for something you did two years ago.”

You don’t tweet it and you don’t Facebook it. You don’t put it out there on any of these social media sites.

If you have an issue with somebody you’re dating, text them and arrange a face-to-face conversation. Sit down and talk to them. Don’t ever get into a text argument.

Why? Because a text argument can be kept, passed along and found somewhere again.

The more you post in public, the greater chance it’s going to come back to haunt you in the future.

Just look at some of the crazy shit celebrities like Amanda Bynes are putting out there! They’re just like you and me.

The problem is their tweets are read by seven million followers, and now the whole world knows Amanda Bynes’ vagina wants to be murdered.

In all seriousness, keep everything private and you’ll find your life is so much easier.

Remember, when you put all this stuff in public, guess who else can see it besides future mates? Future employers, future mother-in-laws, future father-in-laws, etc.

You don’t want to create controversy.

You don’t want to give anybody ammunition to gun you for something you did two years ago when you were drunk and pissed off at somebody.

I’ve always said life is about moving forward. Your past will always come back to haunt you.

In our media-obsessed, Google-obsessed, Twitter- and Facebook-obsessed world, it’s crazy to think it won’t.

Have you guys ever posted anything or text anything that came back to haunt you? Let me know. I’d love to hear about it.

She Broke Up with Me Through Text

How to Make a Girl Like You (Over Text, Online & In Person)