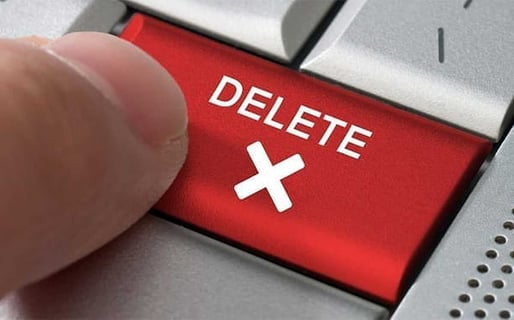 Websites like Facebook and Twitter have made all of our lives more transparent than they were a few years ago. Even with privacy settings, anyone within our social networks can now quickly and easily access an incredible amount of personal information about us, including what we’re doing, where we’re doing it, and who we’re doing it with.

What should you do when you and your woman break up? Should you stay “friends” with her on Facebook and its social networking cousins, or should you cut digital ties?

Defriend her for her sake.

Here’s the thing, when you remain friends with your ex on Facebook or Twitter, you allow her to digitally stalk you. You let her examine your status updates with a fine-toothed comb, look at every picture, and scrutinize your every check-in.

If you think she won’t fixate on every bit of information about you, you’re wrong. Women often spend an inordinate amount of time keeping tabs on their recent exes, and remaining attached to your ex through a social networking site will deeply enable this behavior.

until a lot of time has passed.”

She will for a variety of seemingly contradictory reasons. Your ex will want to see how you’re doing but she won’t want to talk to you directly. She’ll want to know if you seem to be happier and better off without her, and she’ll also want to know if you’re miserable and depressed now that you’re single.

In essence, she will want to know whether you’re getting over her or remaining attached to what the two of you shared.

If you remain connected to your ex through social networks, you aid and abet this self-destructive behavior. By “defriending” her, you do her a favor by cutting her off from an information flow that isn’t really good for her mental or emotional state, which she’s likely having a difficult time cutting herself off from on her own.

Because as much as we might like to say we are cutting off the information flow “for her own good,” we all know that us men are just as likely to “Facebook stalk” our exes for the same confused reasons.

So do both yourself and your ex a favor by cutting social networking ties until a lot of time has passed and the two of you can be a part of each other’s lives in a healthy, reasonable and non-obsessive manner.