What Senior Women Should Consider Before Getting Intimate

It’s the 21st century. You and your senior mate are both adults.

Each of you has likely been married before, whether your marriage ended in divorce or the death of your spouse.

You two have now been dating for a while and are interested in becoming more intimate with each other.

Perhaps you’re feeling trepidation about your bedroom skills and attraction appeal. Frankly, it’s been a while since both of you have been intimate with another adult.

Do you look at your body and see all the ways it is not the perfection it was at 22?

Back when you were in your 20s, you probably faulted your body, which you would now give your eye teeth to have. You see how things don’t have the same elasticity.

When you first begin to feel your relationship is starting to become special, that is the time to consider what you want and don’t want.

You need to be prepared to discuss it in advance of a hormonal overdrive making the decisions for you.

What should you consider?

How soon do you want to become intimate?

You may have heard of the “Third Date Rule,” as if it were written in stone tablets like a dating commandment.

This is the 21st century, so you each get to decide for yourself what you want and don’t want.

What are your faith strictures? What is your personal code? Get clear on it yourself first and be prepared to talk with your potential mature mate about it.

Don’t let external pressures determine what is best for you.

determine what is best for you.”

When he was younger, your man was massively hormonally wired to make significant demonstrations of his interest in you via his strong pursuit of you.

However, mature men over 50 years old are no longer wired for those bigger displays of pursuit.

Some even tell me of how they are lazier now. This can translate to his asking you to become exclusive with him after just one or two dates.

In his 30s, that would have meant a great deal. At 50 and over, it can mean he doesn’t want to make any more of an effort to win you.

Be sure to verbally explore exclusivity together and inquire about what that signifies to him at this stage in his life.

Feel free to push back a bit until you feel he has won your heart before conferring the gift of exclusivity with you.

Does moving into a significant relationship mean you two are looking to marry each other? Not every senior mate expresses their commitment in marriage.

Sometimes it is the man who does not desire marriage. In other instances, it is the senior lady who doesn’t want to become a wife again.

The two of you will want to open this topic for discussion before opening the bedroom door, even if you do not quite come to agreements.

What are your biggest considerations before becoming intimate? How long do you usually wait? How do you talk about intimacy with your date? 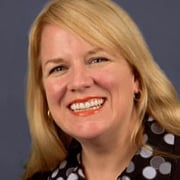 How to Be a Sexy Midlife Woman

The Wonders and Woes of Whirlwind Romances

How Midlife Singles Can Date Again After a Death