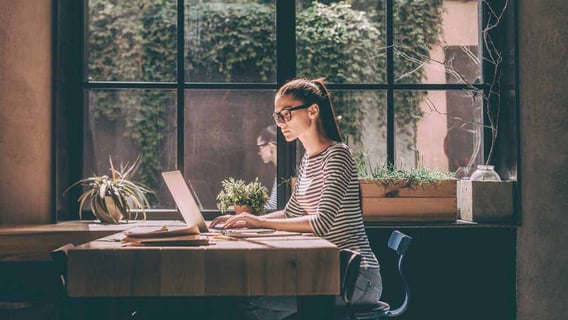 What to Do When You Meet Shy Women

After all, when you get down to it, shyness is a certain reticence on someone’s part to be social.

For us as guys, shyness really is the proverbial kiss of death when it comes to success with women.

Sure, you might hear from certain women here and there that shy men are cute or endearing.

But withstanding those rare instances, I think most of us would agree if we’re shy, especially around women, we need to find a way to change that.

Meanwhile, there are a lot of shy women out there also. Don’t kid yourself. But in a very real way, the image of a demure, socially tentative woman is rather attractive to many of us.

It provokes the imagination to fantasize about her as a woman who might follow our leadership particularly easily or who we could introduce to new and exciting adventures she’s never experienced.

And perhaps the most endearing aspect of all?

We might see her as a woman who, despite her outer beauty and inner kindness, would not be so fast to flirt with other guys and/or be disloyal.

Interesting, right? In a way, it’s not fair.

As men, we generally attract women by being bold, courageous leaders who know what we want and go get it. For us, being shy most certainly craters that image in a heartbeat.

The only conclusion that can be drawn here is there’s most likely been a woman (or six) in your life who you viewed as shy but who became even more intriguing and desirable to you for that very reason.

If you’re like most guys, her apparent shyness made it even more difficult to approach her, and certainly tougher for her to talk to you even if you did.

It’s like a double-whammy. If you abhor the prospect of confronting an awkward silence when talking to women, then it would be easy to dread the worst-case scenario there.

Still, I personally believe you (yes, you) can meet and attract shy women.

Not only do you stand to gain an amazing girlfriend when you do, but it is my honest belief that she’ll turn out to accurately represent all those factors that intrigued you to begin with.

As with most areas of interest in this life, you simply have to be well-informed and have the necessary skills to build a solid plan and execute on it.

Here’s my take on succeeding with shy women: The true secret to it is to realize there are actually at least two separate kinds of women we commonly consider shy.

You’ve got to know the difference and how to handle each.

The key to identifying this kind of shyness is consistency. That is, both her personality and every other social appearance indicate she’s not only shy around you, but she’s also shy around most everyone.

Indeed, others in your social circle who know her will also describe her as shy or reserved. If you go on a few dates with her, she’ll continue to be quite tentative and perhaps not say much.

The bottom line with women like this is it really would be a great idea for them to get over their fear of social situations.

Under that outer veneer of shyness may be a truly amazing, feminine woman of character who is just dying to go out and have some fun. That social confidence has to be built up in order for her to truly shine in those respects.

Is she woman enough for you to make that effort for her? Only you can decide that, but if you do and you succeed, you have to believe she’ll absolutely adore you for it.

“Your best shot at reaching a shy woman

is to conquer shyness in yourself.”

2. She opens up after she gets to know you.

Now we get to that kind of shy woman who fascinates me to no end to talk about.

Here’s why: Unlike the first type of shy woman, she has all the outward appearances of being interesting, fun and perhaps adventurous. She may even be socially popular, for lack of a better word.

But when she first meets you, she comes off every bit as shy as the woman described above.

The difference? Well, she’s only shy until she knows she can trust you and believes you actually like her.

Make no mistake, there’s still some social fear inherently present in women like this. It’s just they do eventually dive into the pool after sticking their toe in the water for a bit.

What’s the solution? Hang in there for a couple of dates and make the extra effort to make her feel safe and comfortable in your presence, which you should be habitually doing anyway.

Whatever you do, don’t push and don’t buttonhole her for answers to your probing questions.

If you observe that she has an active social life with people she has known for a while, then you should simply exercise patience and let your wisdom pay off. She’ll surely come around.

Well, either that or the two of you will flat out not get along after all.

Either outcome is fine. It just might take a bit longer to reach the conclusion.

Interestingly, a decent percentage of women recognize this “Type 2” shyness factor in themselves and will actually tell you that’s how they are when you first meet them.

If a woman informs you as such, take her at face value and proceed accordingly. It probably is what it is rather than some weird mind game she’s playing with you.

The potential payoff here is if she’s otherwise a highly desirable woman, you’ll have a lot of your male peers scratching their heads as to how you ended up with her.

The answer to that apparent quandary is you were not as intimidated by how she presented herself initially as you may have been. Therefore, you win (and so does she, for that matter).

There’s a possible twist to all of this, found in a few particularly exceptional Type 2 women here and there. In some cases, such women as this understand a principle that’s actually one of Robert Greene’s infamous 48 laws of power: Use fewer words than necessary.

No kidding, right? The less an already intriguing woman says, the more potential there is for becoming utterly obsessed with her. (That’s not a gender-specific dynamic, by the way.)

Retain your masculine power with a woman like that by understanding the situation for what it is, remaining calm and patient and countering with your own methods of intrigue.

No, that doesn’t mean she drives a Prius, and it certainly doesn’t mean you have to plug her in until her motor decides to start running (at least not necessarily).

Rather, she simply has some measure of both factors I’ve described above.

As an example, she may be more shy in general like a “Type 1” woman, but especially eager to make friends and find a great guy like you, so she makes a concerted effort to open up to you sooner than later.

By now you can see the value of thinking a woman’s apparent shyness through a bit more than you may have in the past.

Importantly, remember shyness and introversion are not the same thing.

Where shyness is fear related to social interaction (or potential social interaction), introversion is simply a personality type that lends itself to gaining power from solitude rather than hanging out with a crowd of people.

There are plenty of introverts who are not shy at all, and plenty of shy extroverts as well.

Most of all, remember your best shot at reaching a shy woman at her feminine core is to first conquer any tendency toward shyness in yourself.

Scot is a three-time Amazon.com #1 best-selling author. Each of his books includes access to at least 10 premium audio programs, all for about the cost of a cup of coffee. Scot’s company, X & Y Communications, has built a solid reputation for customer service over the years, and Scot has always made it a point to overdeliver on practical, real-world, actionable content. If you’ve never experienced one of his programs, you’re in for a refreshing (and powerful) way to get results…fast.

The One Place to Meet Women You Haven’t Thought Of