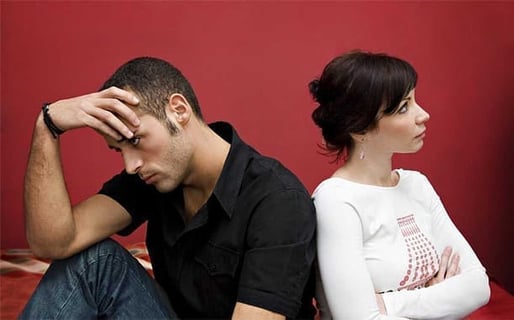 5 Signs She’s Cheating on You

Most of us have had the misfortune of being in a relationship where your significant other or you yourself cheated.

The way I see it, if you are in a relationship with someone, but want to have sex with someone else, you need to get out of the relationship. That’s a no-brainer. Nevertheless, I have known plenty of girlfriends, and just as many guy friends, who have cheated. I have to be fair and acknowledge that women are just as guilty of cheating, and many of you have been heartbroken by someone you loved who was unfaithful.

So, I’m going to do my part on behalf of faithful women everywhere and share some secrets with you. This way you’ll know if you happen to be with a low-down, dirty, cheating woman so you can move on to find good girls. I’m telling you this because women are unbelievably sneaky, and if you’re trying to figure this out alone, you don’t stand a chance. When you cheat, we know. We have women’s intuition, and we know you’ve cheated before you even think about cheating. You, on the other hand, are lost without these tips and tricks.

Usually, if you think she is cheating, she probably is. Guys, there’s a lot that gets past you. Sometimes you only half listen when we’re talking and you can’t always keep track of our friends’ names. What this means is that by the time you start thinking something’s a little off, it’s already way off. She’s gotten sloppy at covering her tracks because she thinks she’s going to get away with it forever. Listen to your instincts.

“If you have reason to think she’s being dishonest

about her whereabouts, confront her.”

2. She has a friend named so-and-so who you’ve never met.

Here’s a scenario: She meets a new friend at work/school/the gym named Christina. All of a sudden, she’s always out with Christina going to lunch, hanging out, etc. Christina is really Chris, by the way, this hot guy from Zumba class. He’s programmed into her phone as “Christina” so her phone’s call log will reflect accordingly.

If you get suspicious about someone new, be sure to answer the phone the next time they call, or insist that the three of you get together for margaritas immediately. If your gal tells you a few days later that she never wants to see Christina again, something’s up.

3. Your routine has been interrupted.

She suddenly has “other things to do.” She isn’t interested in hanging out on the weekends. You’ll start to hear things like, “I have to work overtime again” or “I need some space.” If she’s suddenly slowed her roll, there’s a reason, and it’s cause for pause. If she’s not cheating, she’s thinking about it or thinking about ditching you altogether. Get wise and fast.

If she tells you she was somewhere and she wasn’t, she is lying to you to cover something up, plain and simple. If she says she was out with a friend and you happen to run into that friend without her, she is guilty of something. Women don’t lie about these kinds of details unless they are doing something they’re ashamed of.


5. She folds under questioning.

If you start asking her for more information and she can’t keep up, something’s amiss. Women are great at being secretive and silent, but we suck at lying. If you have reason to think she’s being dishonest about her whereabouts, confront her. Ask sincerely with those puppy dog eyes she fell in love with, “Baby, are you cheating on me?” Usually, women will break down right then and be honest. It goes against our nature to lie and cheat, and most women feel terribly guilty when they do either. Use this to your advantage and get the scoop.